by Mihai Andrei
in Environment, Inventions

Researchers have just given us a way to point an accusatory finger at our polluting neighbors, by calculating the emissions made by individual buildings. 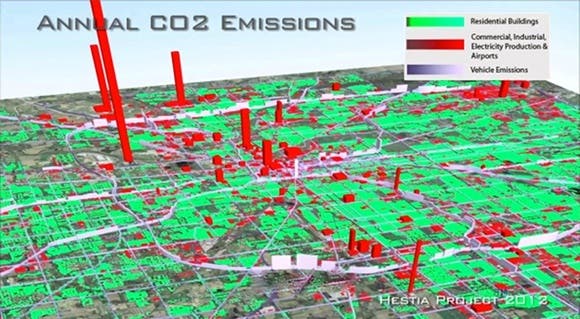 The program, named Hestia, after the Greek Goddess of the Home, can map CO2 emissions in urban landscapes and narrow them down to certain streets or homes, using public databases, traffic simulation and building-by-building energy consumption modeling.

“Cities have had little information with which to guide reductions in greenhouse gas emissions – and you can’t reduce what you can’t measure,” said Kevin Gurney, an associate professor in Arizona State University’s School of Life Sciences and Hestia’s chief scientist. “With Hestia, we can provide cities with a complete, three-dimensional picture of where, when and how carbon dioxide emissions are occurring.”

Of course, this only works in cities where local air pollution reports, traffic counts and tax assessor information exist and can be pulled from databases. However, as good as the researchers’ intentions are, it will probably backfire, as City A will just say that City B emits more than it, so it doesn’t have to do anything at all – same for companies, manufacturers, etc. Still, hopefully, communities will use this fantastic opportunity wisely.

“As a community, we must take a leadership role in sustaining our relationship with the environment,” ASU President Michael Crow said hopefully. “This research, and its implications for global engagement regarding climate change, is an exciting step forward. Hestia gives us the next tool we need to help policy-makers create effective greenhouse gas legislation.” 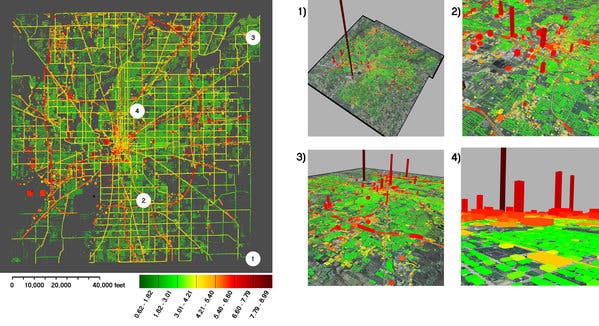 The mapping project is part of an effort by Arizona State University researchers to eventually map all major cities in the US, in an attempt to help guide climate policymakers. So far, boffins managed to map Indianapolis in Indiana and are working on Los Angeles, California and Phoenix, Arizona at the moment. The precision they managed to achieve surpassed many expectations, and can go all the way down to an individual household – authors explained it is the first such detailed account of urban areas and their fossil fuel emissions.

While Carbon isn’t the only greenhouse gas, it is by far the most important, especially since it remains in the atmosphere for hundreds or thousands of years. If everything goes well, Hestia could bring some major changes, even worldwide.