by Mihai Andrei
in Research, Space
A A 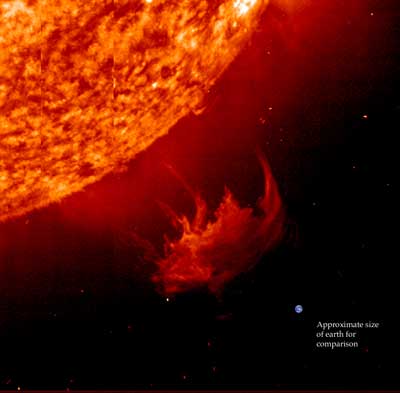 Two years ago, the Finnish Meteorological Institute made public the fact that they had created an electric solar wind sail. Now, scientists believe that this kind of propulsion could benefit space travel significantly, throughout the Solar System.

Doctor Pekka Janhunen who invented the sail, believes it could revolutionise travelling in space, as using solar winds for thrust requires no fuel or propellant. The solar wind is a continuous plasma stream emanating from the Sun.

“We haven’t encountered major problems in any of the technical fields thus far. This has already enabled us to start planning the first test mission,” says Dr. Pekka Janhunen.

They have also developed some new techniques of welding that allow them to have spinoff applications outside the electric sail.

“The electric sail might lower the cost of all space activities and thereby, for example, help making large solar power satellites a viable option for clean electricity production. Solar power satellites orbiting in the permanent sunshine of space could transmit electric power to Earth by microwaves without interruptions. Continuous power would be a major benefit compared to, e.g. ground-based solar power where storing the energy over night, cloudy weather and winter are tricky issues, especially here in the far North,” says Dr. Pekka Janhunen.