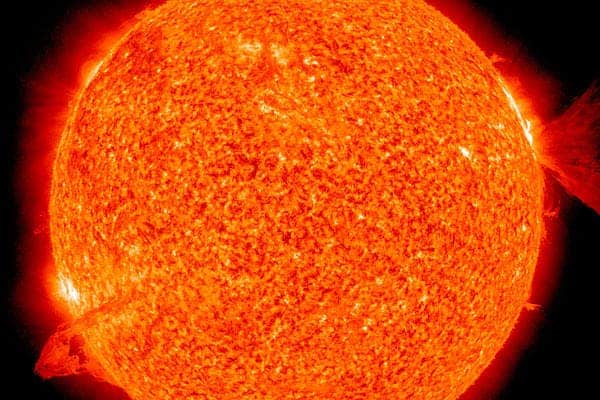 As we were telling you recently, the biggest solar flare in the last 4 years is upon us, and while this doesn’t pose any direct danger for us, but the flare is making an impact throughout the world. Radio communications were disrupted, especially in China, but concern was generated everywhere throughout the world.

However, experts say the Sun has just given us a hint of what it can really do, and things could have been much worse; a truly massive storm could wreak havok on a global scale. Speaking of massive storms, the sun has been pretty quiet during this cycle – but that doesn’t necessarily mean a big one is coming just yet. But it doesn’t mean that it’s not coming, either.

“Even if this is a really lackluster solar cycle — as it looks like it’s shaping up to be — that doesn’t mean you can’t have a real bell-ringing event,” said Joe Gurman of NASA’s Goddard Space Flight Center, project scientist for the agency’s sun-studying STEREO spacecraft.