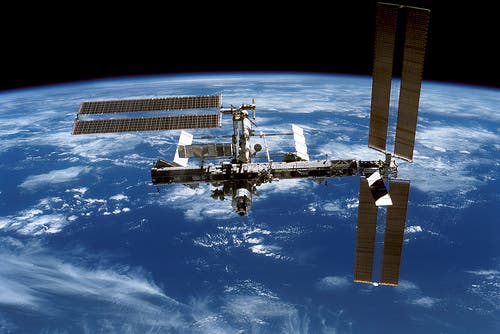 The Russian space program’s Mission Control Center recently announced that the International Space Station will adjust its orbit to prevent a possible collision with a debris cloud from a Japanese satellite.

The dodge is provisionally planned for 10.22am BST (9.22 GMT, 00.01 PST), time at which the Russian Zvevda module will fire its booster rockets and move the station to a different orbit. Last week, the station dodged two other collision incidents  when a piece of an old Russian Cosmos satellite went past last Thursday, followed by part of an Indian rocket the following day. Neither of the two presented a significant risk to warrant a course of action, however the likelihood of the Japanese satellite debris cloud colliding with the ISS exceeds one in 10,000. That might sound unlikely, however a possibility remains.

In March, a space junk read alert collision forced the astronauts to retreat to their escape pods as a means of precaution, but fortunately nothing happened. Previous such alerts, of various danger degrees, have been signaled along the years. NASA estimates that there are more than 21,000 fragments bigger than 10cm (3.9 inches) circling around our planet, posing problems for further space launches and re-entries.

Space junk is indeed a severe issue, one that gets only worse as space debris crash into one another forming more, tinier junk. Many solutions have been proposed, from the Swiss “Space Janitor”, to a laser canon. A rubbish-collector, the NanoSail-D, a teeny satellite which will latch onto debris and then float it in on a solar sail to burn up in the atmosphere, is currently in testing.