by Mihai Andrei
in Alien life

Despite some initial worry, Curiosity’s drill worked out just fine, and now, the rover has revealed historic images that confirm it has obtained the first samples from the inside of another planet. No other rover or device has drilled to another planet and collected a sample from its interior.

“Seeing the powder from the drill in the scoop allows us to verify for the first time the drill collected a sample as it bore into the rock,” said JPL’s Scott McCloskey, drill systems engineer for Curiosity. “Many of us have been working toward this day for years. Getting final confirmation of successful drilling is incredibly gratifying. For the sampling team, this is the equivalent of the landing team going crazy after the successful touchdown.”

Curiosity drilled a 6.4-centimeter hole in a flat Martian bedrock on the 8 of February, just a few days ago. The rover collected the sample, and now the team operating it is delivering portions of it to the various analytical instruments onboard. 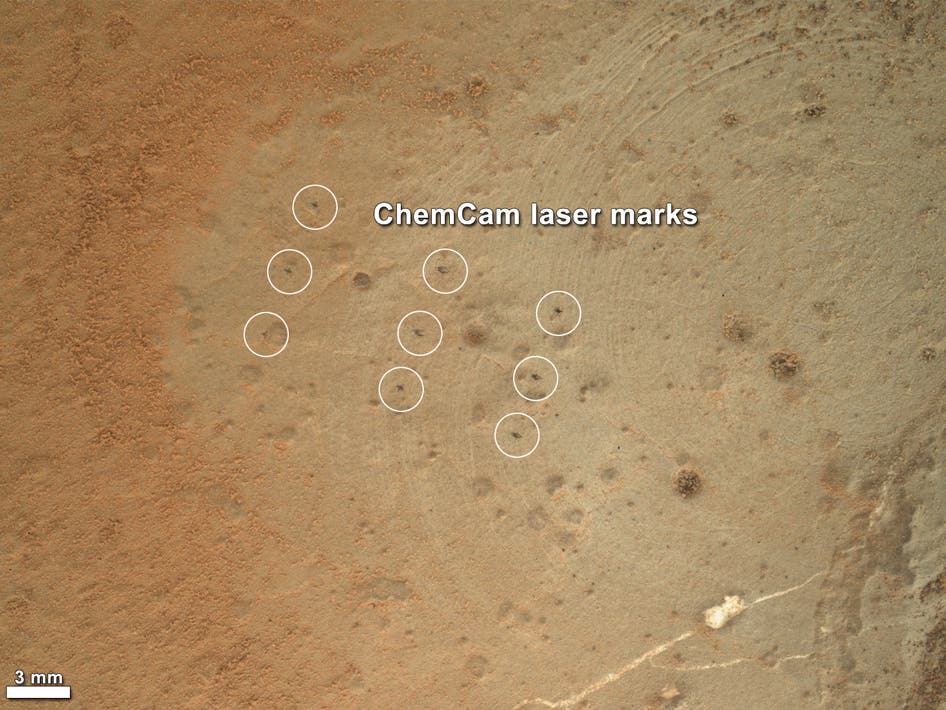 The next steps are as follow: first of all, Curiosity’s Collection and Handling for In-Situ Martian Rock Analysis (CHIMRA) device will enclose the sample and shake it, so that samples bigger than 150 microns across are separated from the rest. The smaller ones will be delivered through inlet ports on top of the rover deck into the Chemistry and Mineralogy (CheMin) instrument and Sample Analysis at Mars (SAM) instrument. CheMin is one of the 4 spectrometers Curiosity has; using X-ray powder diffraction and fluorescence it can identify and quantify the abundance of the minerals on Mars and implicitly – that of the water.

The sample comes from a fine grained sedimentary rock, and NASA geologists believe it could hold evidence of wet environmental conditions long ago.