by Mihai Andrei
in Alien life
Reading Time: 3 mins read
A A
Share on FacebookShare on TwitterSubmit to Reddit

Exobiologists have found what they believe to be the clearest evidence that Mars supported life – though it may not seem obvious at a first glance. 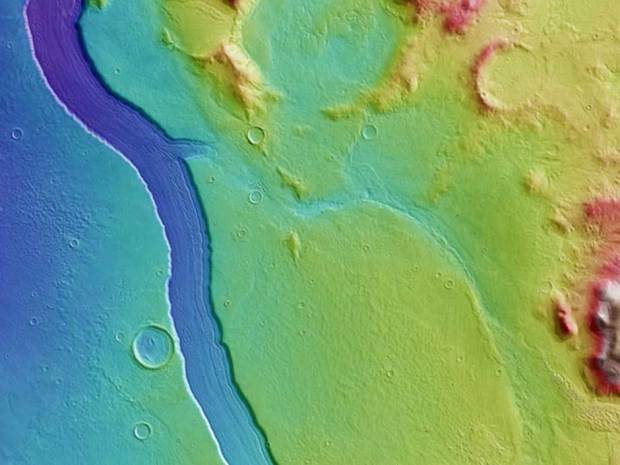 The research published in Nature Geoscience shows all the needed ingredients for life in a huge crater that goes up to 5km below the planet’s surface. The McLaughlin crater, created when a meteorite smashed into Mars is an area of extreme interests, as the team from London’s Natural History Museum and the University of Aberdeen in Scotland showed.

The impact of the meteorite not only created the crater, but in the process forced up rocks from kilometres below the surface around the crater – rocks which are now rich in clays, minerals greatly altered by water – the key ingredient for life. Their research suggests that those deposits formed as a result of groundwater upwelling on Mars and could preserve critical evidence of a deep biosphere on Mars. According to their study, it’s extremely likely to find evidence of life in that area.

“We could be so close to discovering if there is, or was, life on Mars”, report co-author Prof John Parnell told the Telegraph.

Also, this is further evidence that Mars and Earth have or at least had pretty similar conditions, in some regards.

“We know from studies that a substantial proportion of all life on Earth is also in the subsurface and by studying the McLaughlin Crater we can see similar conditions beneath the surface of Mars thanks to observations on the rocks brought up by the meteorite strike. “There can be no life on the surface of Mars because it is bathed in radiation and it’s completely frozen. However, life in the sub surface would be protected from that. “And there is no reason why there isn’t bacteria or other microbes that were or still are living in the small cracks well below the surface of Mars,” Prof John Parnell said.

Lead author went even further, explaining that even life on Earth (and on Mars) could have actually originated below ground.

“Whether the Martian geologic record contains life or not, analysis of these types of rocks would certainly teach us a tremendous amount about early chemical processes in the solar system,” Dr Michalski said.

The discovery comes at a time of unprecedented interest aimed at Mars, with all eyes aimed at the Mars Curiosity rover, which is set to begin drilling into Martian rocks soon. However, despite the great arguments brought to light it’s still not settled if Mars has life, or had in any time in its history – practical observations will settle that – both by Curiosity and the older but just as loved Opportunity rover.