Just in case you didn’t know, there’s a garbage island twice as big as France in the Pacific Ocean

by Mihai Andrei
in Oceanography, World Problems
Reading Time: 4 mins read
A A
Share on FacebookShare on TwitterSubmit to Reddit

I was surprised to talk to a bunch of people today and find out they didn’t know about this, so I figured this is definitely something worth knowing. Here’s the deal. 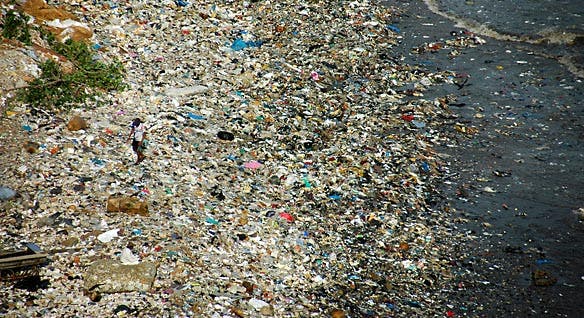 There’s a whole lot of garbage floating around; a whole lot ! Some are above the surface, some are below. What happens is they get sucked in by oceanic currents, and tangle up with other garbage (mostly plastic). But you shouldn’t think only about bottles and such; most of the times, the plastic particles are hard to see even from a boat, but that doesn’t make them any less dangerous – on the contrary. It’s been proved that albatross and other sea creatures ingest way more plastic this way. The total amount of ‘plastic soup’ is hard to quantify, varying from twice the size of Texas (or France) to twice the size of the USA. It’s also expanding – fast. Stretching from Hawaii to Japan the biggest such patch is estimated to weigh around 100 million tons, according to American oceanographer Charles Moore, who also explains:

“The original idea that people had was that it was an island of plastic garbage that you could almost walk on. It is not quite like that. It is almost like a plastic soup. It is endless for an area that is maybe twice the size as continental United States.” 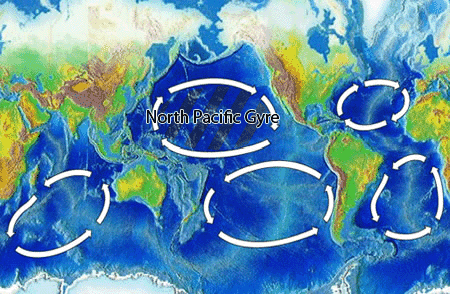 There’s also a missconception that it has well defined borders, like an island. There’s just a gradient of particle density, with most particles being as big as 1-3 mm. According to wikipedia, 80% is a result of terrestrial pollution, and the 20% left comes from ships. As you probably guessed, any effort towards cleaning the area is not going to happen any time soon, as it would require massive efforts and collaborations, and an estimated (very rough) cost of 10 billion dollars. No nation has made a step forward in taking responsability, and I can’t see anyone doing this in the near future.

“At this point, cleaning it up isn’t an option. It’s just going to get bigger as our reliance on plastics continues. … The long-term solution is to stop producing as much plastic products at home and change our consumption habits.”, said Chris Parry, public education program manager with the California Coastal Commission in San Francisco.

The effects are hard to estimate, varying from extremely harmful to catastrophic. Without even taking into consideration the long term effects and what will happen when it becomes even bigger (which quite frankly, won’t take that long if things continue to move the way they have), the short and medium term effects are devastating. Marine animals and birds ingest plastic which just doesn’t go away from their stomach. Eventually, it starts filling it up, and if it’s not toxic, and kills them, it fills their stomach and basically causes the animals to starve to death – a quite painful and tragic death. It can be harmful even for humans because we too eat the animals which ingest the plastic. 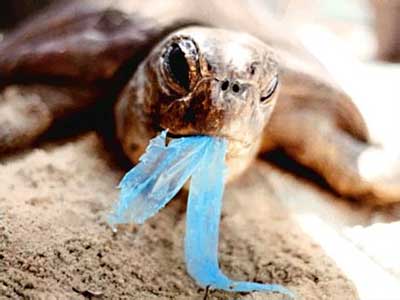 In case you’re wondering, no, I don’t think there’s anything you can do to help clean the patch up (even if you wanted to). But you can limit it’s ever growing size, as well as the size of land garbage. Just do the basic stuff:

– Throw your garbage where it should belong; don’t leave it on the beach or on the street or whatever.

– Tell other people. Make it spread. Many people don’t care about this at all; but many do, and they just need a small push to act. Be that push !