by Mihai Andrei
in Environment, Environmental Issues
Reading Time: 3 mins read
A A
Share on FacebookShare on TwitterSubmit to Reddit

Canada’s oil production has been blooming lately, mostly due to the oil sands in Alberta, who hold some of the world’s largest oil reserves. However, a new study shows that exctractions from these oil sands are associated with an increase of local water toxicity. 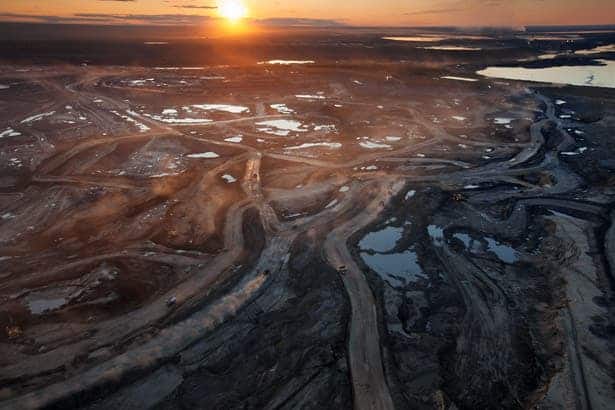 Researchers from the Queen’s University in Kingston, Canada studied five lakes near mining and upgrading operations around Fort McMurray, Alberta, another lake 90 kilometres northwest. They found abnormally high levels of polycyclic aromatic hydrocarbons (PAHs) – carbon based compounds associated with oil field extraction, often toxic and carcinogen. They studied the levels of these compounds since the 60s, and found a continuous growth, with today’s levels varying anywhere from 2.5 to 23 times higher than they were before 1960. The results were published today in the Proceedings of the National Academies of Science.

“The signature of the PAHs and the timing strongly suggest that development and the refining of the oil sands plays a role in PAHs increasing in these lakes,” says Joshua Kurek, an environmental scientist at Queen’s University in Kingston, Canada, and lead author of the study.

The group checked the PAHs found in the lakes against those associated with bitumen from the nearby Athabasca oil sands, to examine the possibility of these compounds appearing naturally from events such as forest fires – and the results were conclusive: there’s practically no chance of this happening naturally. 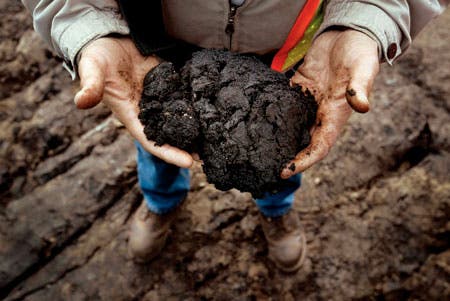 The results of this study perfectly complements two other studies published in 2009 and 2010 by David Schindler, a freshwater ecologist at the University of Alberta in Edmonton, and his colleagues, which found very high levels of PAHs and heavy metals in river water and snow downstream from mining operations. Some critics (mostly from or funded by the oil companies) claimed that contaminants had entered the waterways as a result of natural erosion of bitumen-rich soils – however, there is absolutely no evidence of this phenomenon happening prior to oil exploitation or mining.

“Lake sediments accumulate 24 hours a day and 365 days a year. They are slowly and indirectly monitoring the environment around us, collecting contaminants,” says John Smol, a limnologist at Queen’s University and a co-author of the study. “The surprise is that they can detect the contaminants at over twice the radius that we can,” says Schindler. “It suggests there is a wide area affected by these airborne contaminants.”

A different study published this year found high levels of contaminants up to 200 km away from the mining areas.

This brings more environmental concern to the table, especially considering how oil production is expected to double between 2011 and 2020 in Alberta. However, despite several attempts from Nature, no oil company or official representatives could be contacted for statements on the matter. Go figure.