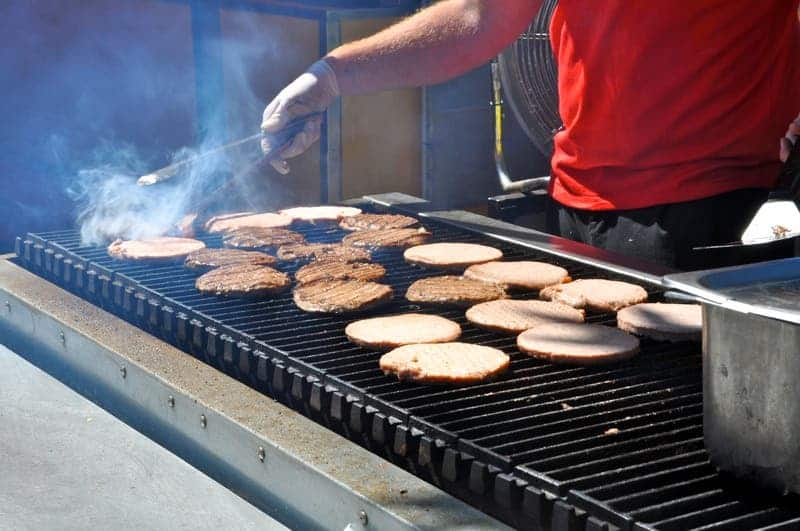 When you think of air pollution, inevitably your mind wanders to huge, fume spilling power stations, old motor trucks and other nasty things in these lines. Surprisingly enough, researchers at University of California, Riverside, found that charbroiled burgers, chicken, and steaks are behind much of Southern California’s air pollution, topping even diesel engines.

These findings were made after UC Riverside scientists conducted a study on commercial cooking emissions. They found that the particle emissions end up in high amount in the atmosphere, ultimately contributing more than diesel engines to the area’s ongoing air pollution problem.

“Emissions from commercial charbroilers are a very significant uncontrolled source of particulate matter…more than twice the contribution by all of the heavy-duty diesel trucks,” said Bill Welch, principal development engineer for the study at UC Riverside’s Center for Environmental Research and Technology (CE-Cert). “For comparison, an 18-wheeler diesel-engine truck would have to drive 143 miles on the freeway to put out the same mass of particles as a single charbroiled hamburger patty.”

That’s a thought worth chewing for a bit, maybe during your next launch break at your local diner. The researchers found that during the grilling of meat, grease, smoke, heat, water vapor, and combustion products are released, in high amounts since no kind of regulations are in place at the moment. Filtering equipment is expensive, and in lack of a legal constriction or know-how for that matter, restaurant owners and cooking equipment producers alike have no intentions in making these more environmental friendly.

In 2007, the San Joaquin Valley  Air Pollution Control District (SJVAPCD), one of the partners which offered funding for this present study, reported that  commercial cooking is second-largest source of particulate matter in the South Coast Air Basin.

A solution has already been proposed and is currently in testing phase – a device that removes grease from the exhaust and traps it in water. Testing, of course, involves grilling a lot of hamburgers or the likes, which UC Riverside scientists say will donated to a Redlands Regional food bank.