You can’t believe everything people say, but you sometimes can’t even believe what you hear, especially if you’ve had 3 or more cups of coffee. Australian researchers from La Trobe University have just published a study suggesting that people on a major coffee buzz are prone to hear and seethings that aren’t there. 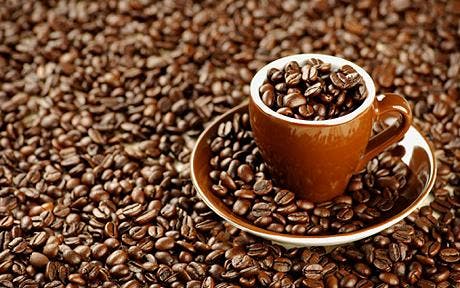 The thins is that this might raise new concerns about caffeine use, but if you ask me, for the average coffee consumer who hears about studies like this all the time, this is hardly going to amount to anything more than background noise.

They employed a simple method to test this; they asked a number of subjects, some caffeineted (over 3 cups) and some not; they put on headphones, and told them to focus on the noise, and that White Christmas would be playing on the background – which was a plain lie. The researchers concluded that more than five cups of coffee can be clearly linked with hallucinations – most of the subjects stating that they heard the music.

Of course this study refers only to mild hallucinations, and there a huge gap between hearing White Christmas and full scale hallucinations; but then again, that’s how it starts, doesn’t it ?