SpaceX has suffered a serious setback after one of its rockets, carrying a $200 million communications satellite, exploded yesterday.

by Dragos Mitrica
in News, Space, Space flight
Reading Time: 3 mins read
A A
Share on FacebookShare on TwitterSubmit to Reddit

SpaceX has suffered a serious setback after one of its rockets, carrying a $200 million communications satellite, exploded yesterday. 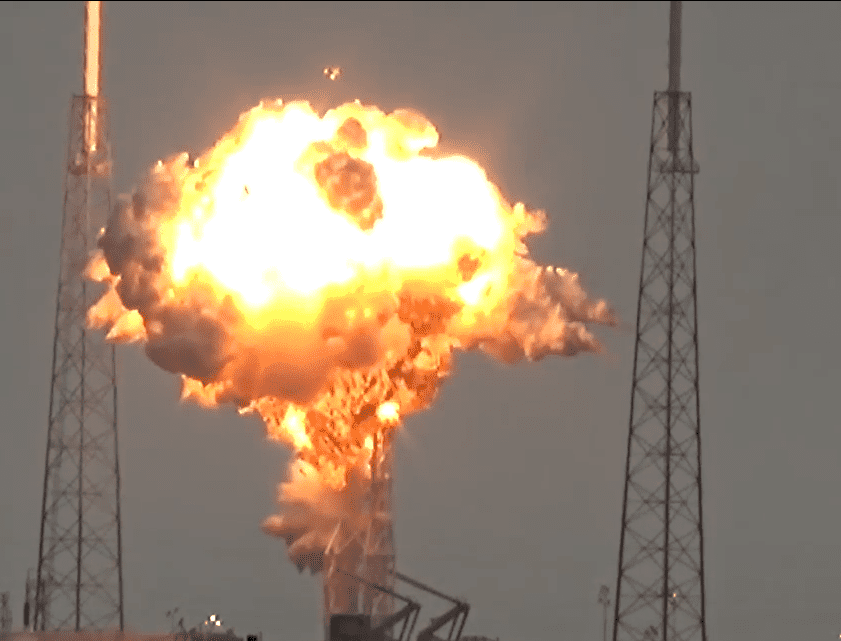 The satellite was supposed to expand Facebook’s reach across Africa but never quite got to do that, after the Falcon 9 rocket carrying it blazed down in a massive fireball. The rocket exploded at 9:07 a.m. EDT (1307 GMT), and while SpaceX released a statement explaining the direct cause of explosion was, we don’t yet know the underlying cause.

“The anomaly originated around the upper-stage oxygen tank and occurred during propellant loading of the vehicle,” SpaceX representatives said in a statement. “Per standard operating procedure, all personnel were clear of the pad and there were no injuries. We are continuing to review the data to identify the root cause. Additional updates will be provided as they become available.”

This isn’t the first problem SpaceX has had with its Falcon 9 rockets. This is the second loss in the past 14 months, after another Falcon 9 broke down 3 minutes after launching in June 2015. Still, NASA has reiterated its confidence in SpaceX, saying that this can be treated like a lesson to be learned from.

“We remain confident in our commercial partners and firmly stand behind the successful 21st century launch complex that NASA, other federal agencies, and U.S. commercial companies are building on Florida’s Space Coast,” the space agency said. “Today’s incident — while it was not a NASA launch — is a reminder that spaceflight is an incredible challenge, but our partners learn from each success and setback.”

But not everyone is so confident. Several scientists and engineers have expressed worries regarding the SpaceX approach.

“SpaceX is running a punishing schedule,” said Scott Pace, the director of the Space Policy Institute at George Washington University and a former NASA official.

Pace also expressed concerns others were thinking about too – the potential of a human error.

“There is probably some human factor involved here. To what extent was human error part of this? And if so, why? Are you running your people too hard? What are your safety requirements?”

This could also jeopardize (to an extent) the ISS mission, as SpaceX was also scheduled to deliver cargo to the International Space Station. Again, NASA said they are fully prepared to deal with the situation.

“The situation at the Cape is being evaluated, and it’s too early to know whether the incident will affect the schedule for upcoming NASA-related SpaceX launches to the International Space Station. If there are SpaceX mission delays, other cargo spacecraft will be able to meet the station’s cargo needs, and supplies and research investigations are at good levels,” the NASA statement concluded.

For now, we await an official report on what happened and what the causes of the explosion are.