SpaceX has gone where no private company has gone before – and safely returned. They are now officially the only company able of space flight, after successfully delivering cargo to the International Space Station and now, returning, with some rather dubious cargo. 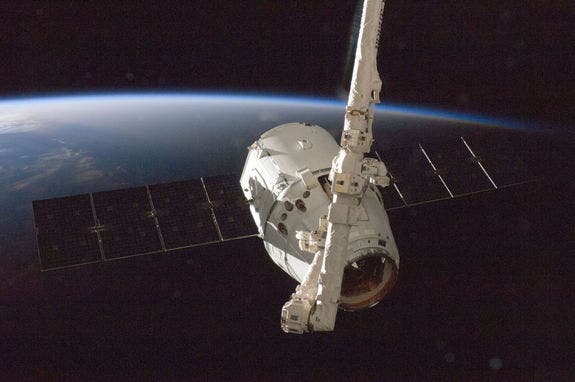 Of the total 907 kilograms of experiments and gear it holds, the shuttle carries liters of blood and urine, obtained in hundreds of samples, all from astronauts – and these are the most important, NASA scientists explain. The 384 syringes of urine and 112 tubes of blood packed aboard Dragon will tell nutritionists what important developments happen inside astronauts body during their stay onboard the ISS, and how the negative effects associated with long term space flight (such as bone loss).

“While it may seem very strange to some folks, my typical line is that, ‘It may be urine to you, but it’s gold for us,'” NASA nutritionist Scott Smith of the Johnson Space Center said before the Dragon mission. “There’s a lot of science that comes out of this.”

Some of these samples have actually been aboard the ISS since 2011, so there’s a lot of excitement about the return. This achievement by SpaceX is even more impressive considering that not are they unique compared to other companies – they are also unique compared to governments as well. The US shut down its orbital space flight program, and other countries don’t have a great alternative either, so the Dragon mission is pretty much the only option when it comes to shipping things in and out of the ISS.

“The novelty at this point with SpaceX is that this is the first real return vehicle for these types of samples,” Smith said. “We can get the crew home onboard the Soyuz, but the cargo capacity on Soyuz is quite limited.”

The only other viable alternatives are designed for one way trips: Russia, Japan and Europe have designed shuttles which intentionally burn out when they re-enter Earth’s atmosphere, but that’s not really the kind of efficient, sustainable solution you want, so SpaceX offers quite a good alternative.

The company was founded in 2002 by Elon Musk – the same man who launched electric carmaker Tesla Motor.