Surprisingly many people have question the benefits of building and supporting an international space stations, especially considering the costs, which so far are just over $100 billion in 12 years.

But people have to understand that only now can ISS astronauts start doing the science they were supposed to, as the ISS is just barely complete.

“The first ten years were really intensive in the construction side of it, bringing all the pieces together and really getting the science enabled,” said NASA astronaut Kevin Ford, who will blast off on a Soyuz craft from the Russian-leased Baikonur spacer centre in Kazakhstan on Tuesday together with Russian colleagues Oleg Novitsky and Yevgeny Tarelkin. 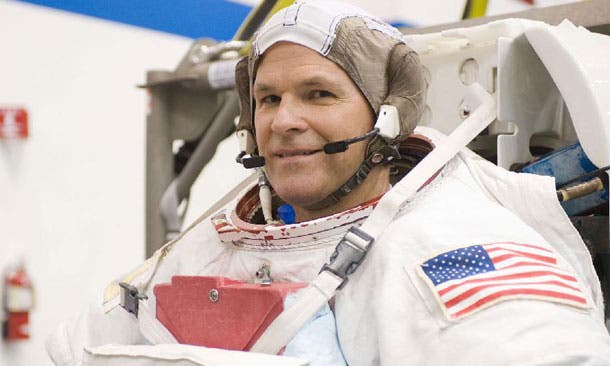 So practically, the ISS is just now entering its utility phase, until now, it has only been in its construction-testing-observation phase.

“We’re going to learn the bulk of everything we know about the science that we’re doing up there in the next decade,” he said at a press conference on the eve of the launch. He spoke from behind a glass screen designed to ensure the astronauts do not contract illnesses before their mission.

This is indeed a very delicate subject, especially considering the difficult position the US space program is in at the moment. In 2011, the US decommissioned all its shuttles, leaving the Russian Soyuz ships as the only way of getting in and out of the ISS. However, private held company SpaceX stepped in to fill these big shoes, and they were successful in doing so. Just earlier this month, they delivered a half-ton of supplies to the ISS using their Dragon shuttle – this is the first in 12 shipments which will cost NASA about $1.6 billion.

The scientific necessity of a space outpost is absolutely vital. It is a constant reminder to the general population that humans can go into outer space and can maintain a facility above the Earth – a facility where, in the following years, a series of important experiments will be carried out, and although we may not see an immediate financial return, the benefits greatly outweigh the costs in the long run.