It's a belated Christmas on the International Space Station - a shipment of much needed groceries arrived, delivered by SpaceX.

by Dragos Mitrica
in Space
Reading Time: 2 mins read
A A
Share on FacebookShare on TwitterSubmit to Reddit

It’s a belated Christmas on the International Space Station – a shipment of much needed groceries arrived, delivered by SpaceX. 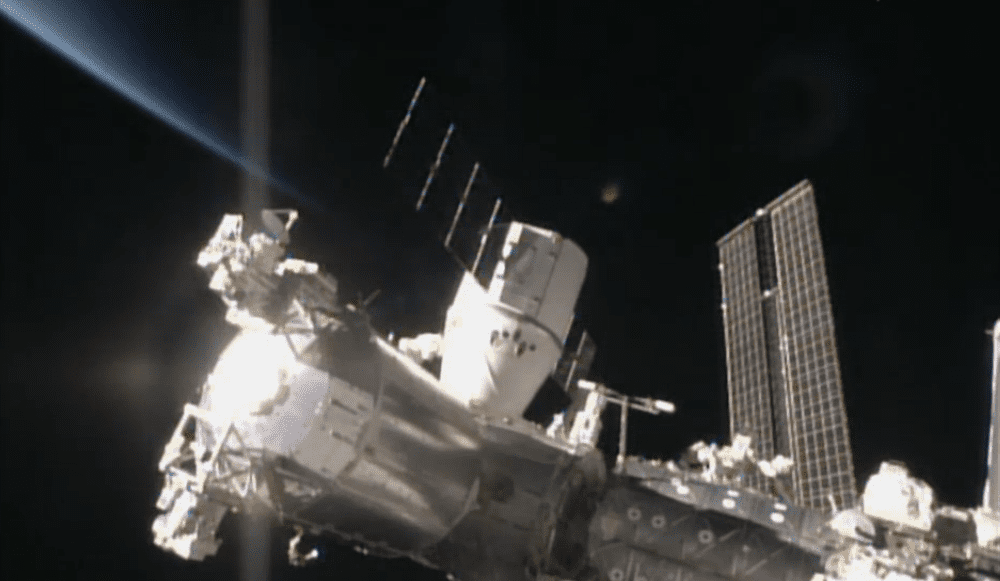 The SpaceX Dragon capsule managed to latch on to the ISS without any problems. The supply ferry will spend four weeks attached to the station as part of a resupply missions. The SpaceX craft launched on January 10.

This is actually the first time SpaceX used its autonomous spaceport drone ship to recapture the first stage rocket for re-use. The operation was a partial success: although the rocket made it back to the drone ship, the landing was hard and resulted in some damage. Further analysis will be required to make future landings smoother.

The six astronauts onboard the ISS were getting a bit low on provisions, because the Dragon capsule launch was delayed by several weeks; it was initially supposed to get to the ISS before Christmas, but it was plagued by engineering problems. Still, it got there in time and astronauts were thrilled to receive the new provisions.

“We’re excited to have it on board,” said U.S. astronaut Wilmore said. “We’ll be digging in soon.”

Wilmore is especially excited about the mustard supplies which he really loves – he says that the station’s condiment cabinet has been empty for weeks. SpaceX is currently the only supplier capable of returning items to Earth, but Japan and Russia are also planning deliveries this year.

Space Exploration Technologies Corporation (SpaceX) is an American space transport services company headquartered in Hawthorne, California, USA. It was founded in 2002 by former PayPal entrepreneur and Tesla Motors CEO Elon Musk with the goal of reducing space transportation costs and ultimately facilitating colonization of Mars. So far, SpaceX has already become an important player in low-orbit space transportation, but they have even bigger plans.