Authorities and locals are searching for survivors.

A 6.2 magnitude earthquake struck north-east of Rome, wiping off the small town of Amatrice and killing at least 20 people in the process.

The epicenter was located 10km South East of Norcia, Italy, and roughly 120km from Rome/Vatican City area. It’s expected that Rome itself will be left unscathed, though many residents were given quite a scare. But not everyone was so lucky.

Dozens of mountain villages were devastated, including the town of Amatrice, whose mayor said that his town “isn’t here anymore”. So far, 21 fatalities have been reported, but as the earthquake struck at 3.36 AM, officials fear many more are still trapped under the rubble. Missing persons have been reported, and the authorities helped by locals are conducting searches for any survivors.

Sergio Pirozzi, the mayor in Amatrice, near Rieti, said that the city was packed with tourists, as the town is a popular destination during the summer.

“There are so many dead I cannot make an estimate,” he told RAI state television. “We have already extracted several dead bodies but we do not know how many there are there below. There are dozens of victims, many under the rubble. We are setting up a place for the bodies.”

Earlier he told the broadcaster: “Half of the town is gone.” 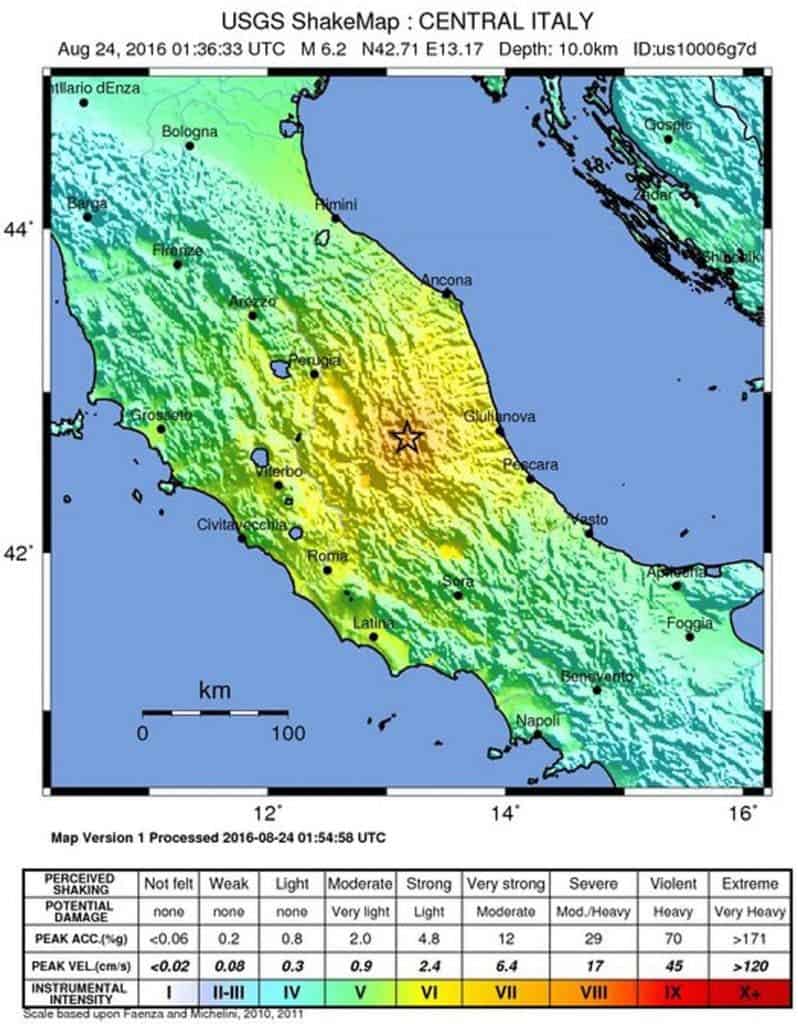 “Now that daylight has come, we see that the situation is even more dreadful than we feared with buildings collapsed, people trapped under the rubble and no sound of life.”

Italy is one of the most earthquake-prone areas in Europe. The last major earthquake to hit Italy struck the central city of L’Aquila in 2009, killing more than 300 people. Another major temblor struck in the Romagna region in May 2012, when two violent shocks 10 days apart killed 23 people.