A new unfortunate world record has been triggered by fracking

A new unfortunate world record has been triggered by fracking. A 4.6 magnitude has struck in northern British Columbia in August 2015, but only now has the investigation concluded.

“This seismic event was caused by hydraulic fracturing,” Ken Paulson, CEO of the BC Oil and Gas Commission, said in a statement. 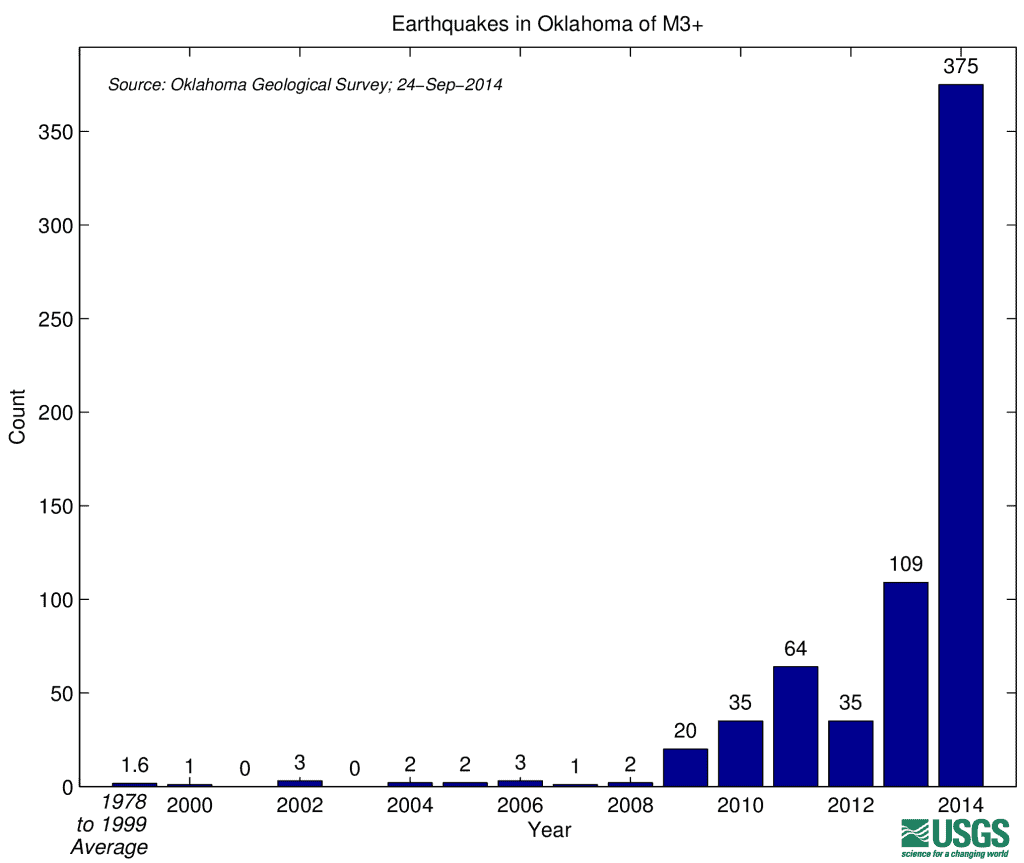 Hydraulic fracking is the process of injecting pressurized fluids in an oil or gas well in order to fracture the rock and facilitate extraction. Hydraulic fracking is highly controversial and already banned in several countries. Its proponents advocate the economic benefits of more extensively accessible hydrocarbons, but there is mounting evidence that the environmental damage heavily outweighs the benefits.

Aside for possible water contamination, surface spills and massive greenhouse gas emissions, there is also a growing risk of seismicity. Fracking has the potential to activate geological faults and we already know that it caused a cascade of Oklahoma earthquakes. Earlier in 2014, we were reporting a study that concluded that two earthquakes with a magnitude of over 5 were caused by humans, as a result of oil exploration. In 2008 the average number of earthquakes with a magnitude over 3 was 1 – just one significant earthquake a year. But after fracking commenced, there were over 230 such earthquakes.

Magnitude 3 earthquakes don’t pose much of a threat themselves, but they are a clear indicator that something is happening. When 4.6 earthquakes start happening, that’s a very different story. Earthquakes magnitude is measured on a logarithmic scale, so magnitude 4 is 10 times larger than magnitude 3. According to CBS News, locals felt this quake, which was described by Canada seismologist Alison Bird as “significant.”

Since August when it occurred, there was a very good chance it was a case of induced seismicity, but a formal investigation was set up to determine whether this was the case – and it was. At this point it’s not clear what will happen in the future and whether fracking will continue “business as usual” or something will change.