A new study of 100 private water wells in and near the Barnett Shale showed elevated links of contaminants such as arsenic and selenium to fracking sites used for shale gas; the study, which was conducted by UT Arlington associate professor of chemistry and biochemistry Kevin Schug was published in Environmental Science & Technology.

The research focused on water samples, and conducted a thorough analysis to identify any potential contaminants. They found several heavy metals (most notably arsenic, barium, selenium and strontium) in the samples; many of them are naturally present in deep lying waters, but the levels were very high – disturbances from natural gas extraction being the likely cause.

“This study alone can’t conclusively identify the exact causes of elevated levels of contaminants in areas near natural gas drilling, but it does provide a powerful argument for continued research,” said Brian Fontenot, a UT Arlington graduate with a doctorate in quantitative biology and lead author on the new paper.

This is a surprisingly unstudied area, mostly because of the secrecy surrounding the fluids injected in the fracking process; the oil companies aren’t exactly known for their transparency either. However, even if slow, things are finally starting to clear out. 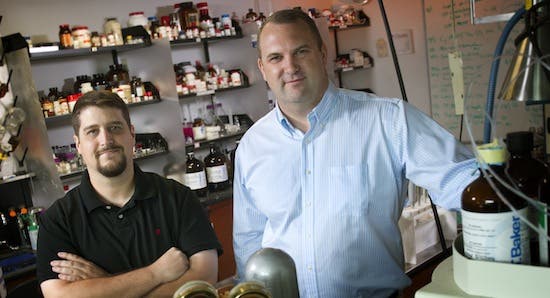 “We expect this to be the first of multiple projects that will ultimately help the scientific community, the natural gas industry, and most importantly, the public, understand the effects of natural gas drilling on water quality.”

Researchers didn’t pinpoint a single cause, but rather identify several possibilities, either separated, or working together: “industrial accidents such as faulty gas well casings; mechanical vibrations from natural gas drilling activity disturbing particles in neglected water well equipment; or the lowering of water tables through drought or the removal of water used for the hydraulic fracturing process“. Either one of these scenarios could release the dangerous substances in the ground water.

The highest levels of contaminants were found within 3 km of fracking sites, and in several cases, the levels were significantly above the levels currently considered safe by Environmental Protection Agency. For example, 29 wells that were within the study’s active natural gas drilling area exceeded the EPA’s Maximum Contaminant Limit of 10 micrograms per liter for arsenic – a point at which it poses health risks.

“Natural gas drilling is one of the most talked about issues in North Texas and throughout the country. This study was an opportunity for us to use our knowledge of chemistry and statistical analysis to put people’s concerns to the test and find out whether they would be backed by scientific data,” said Schug, who is also the Shimadzu Distinguished Professor of Analytical Chemistry in the UT Arlington College of Science.

Via University of Texas Arlington