by Mihai Andrei
in Geology, Pollution, Renewable Energy
A A
Share on FacebookShare on TwitterSubmit to Reddit

There has been a lot of fuss lately about shale gas, which has become increasingly important in the past decade, particularly due to hydraulic fracturing (or fracking), a modern technique used to extract it from the underground. Many have proposed natural shale gas as a supposedly clean bridge fuel, fit to address climate change and also industrial energetic requirements; as usually, only the latter is truly regarded.

Recent research, published by Robert Howarth, Renee Santoro, and Anthony Ingraffea of Cornell University casts the shadow of a doubt on this idea, due to methane leakage and the controversy over hydraulic fracking that enabled this boom of shale gas in the first place.

Natural gas is often used for generating electricity and heating and it can also be used for transportation, when compressed (CNG) or liquified (LNG). Many claim natural gas to be clean, but that’s only when we compare it to coal. Natural gas is essentially the same as methane, chemically speaking; methane is a much, much more powerful greenhouse gas than carbon dioxide, as is explained here. During hydraulic fracturing, a large quantity of methane is leaked into the atmosphere; basically, this process requires pumping water laced with various chemicals underground to fracture the rocks, causing chemical reactions which lead to the release of methane in the atmosphere. That methane is supposed to be captured and used on the market, but studies have shown the situation is not quite so rosy. Also, many blame hydraulic fracture for polluting groundwater, as some people have reported a mixture of water, shale and natural gas flowing through their sinks. Companies however claim these are only isolated cases, but the debate is still going. 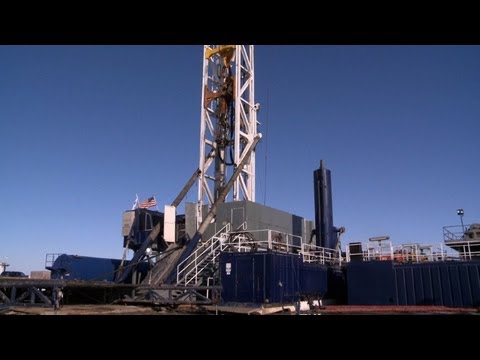 The problem is that in the process of hydraulic fracking, methane escapes into the atmosphere way before it can be trapped; furthermore, natural gas pipelines are sometimes leaky, due to their old age and structure. In some cases, the infrastructure is 80-100 years old. But wait, there’s more! These pipes are made from steel, and steel rusts, causing a lot of problems for the local environment and communities.

Following calculations in this line, Howarth’s team calculated that the natural gas industry accounts for 39 percent of the U.S. total methane emissions. Still, they suggest that these problems can be fixed, by adding more thorough regulations regarding capturing methane gas leakage and repairing the ageing infrastructure. However, we are left with this question, which is cleverly addressed in the paper:

“Should society invest massive capital in such improvements for a bridge fuel that is to be used for only 20 to 30 years, or would the capital be better spent on constructing a smart electric grid and other technologies that move towards a truly green energy future?”

This post has been brought to you by Opus Energy.