Simple, cheap measures could reduce global warming and save many lives

An international team of scientists showed that simple, inexpensive measures to cut emissions of two common pollutants will significantly slow global warming, boost crop production throughout the world and save many lives in the process.

The climate change debate is traditionally centered around carbon dioxide emissions – one of the major problems and causes of the greenhouse effect which leads to global warming. But this team of scientists found that two lesser known pollutants, methane and soot, also have a significant negative impact on the environment – and unlike carbon dioxide, this could easily be improved. 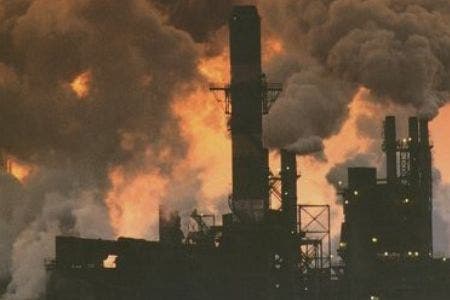 Slashing emissions of these harbringers of global warming would be non-expensive, and would bring a win-win-win situation, explained NASA climate scientist Drew Shindell, who led the study appearing in the journal Science.

“Even if you don’t believe climate change is a problem, these things are worth doing.”

Previous studies have often hinted at the benefits cutting down these emissions would bring, but this study analyzed 400 actions policymakers could take. Out of these possible measures, even only 14 could bring massive, advantages.

“They’re all things we know how to do and have done; we just haven’t done them worldwide,” said Shindell, who works at the NASA Goddard Institute for Space Studies in New York.

Of course, applying these measures even locally would be a challenge; globally – it seems like a Herculean task, even though the ultimate benefit dwarfs the cost.

Reducing methane and soot would slow global warming dramatically, by over one degree Fahrenheit by the middle of the century, according to computer simulations the team conducted. At the same time, improving the air quality would prevent numerous lung and cardiovascular diseases, saving anywhere 700.000 and 4.7 million lives annually. Also, crops would have a much easier time absorbing their nutrients without these pollutants in the air, and global crop yields would rise by 30 to 135 metric tons each year.

“In the absence of a global carbon dioxide agreement, it makes sense to move ahead on global efforts to reduce these other gases,” said Joyce Penner of the University of Michigan, who has studied the climate impacts of soot but was not involved in the new research.

It is estimated that 3 billion people, almost half the world’s population relies on burning wood, dung, or other fuels that eject soot into the atmosphere – soot particles fall from the air in less than a week. Hopefully, even though implementing such measures worldwide seems utopian, perhaps we would see them at least in some areas of the world.