Why some big earthquakes cause strange lights

by Mihai Andrei
in Geology, News
Reading Time: 4 mins read
A A
Share on FacebookShare on TwitterSubmit to Reddit

Scientists have developed a new catalogue of earthquake lights, glows sometimes reported during the seismic shaking, and sometimes even before it. The phenomenon has been reported by eyewitnesses for centuries, but only recently did scientists start taking them seriously.

The science of glowing earthquakes

Even though they have been described both before and during the temblors, the strong consensus among seismologists is that earthquake lights have only been (occasionally) documented at the time of strong shaking, not before. Pretty much everything from our understanding of earthquakes and associated events suggests that these lights don’t occur before the shaking starts, so any talk of investigating earthquake lights to predict earthquakes is premature at best, and a fairy tale at worst. But that doesn’t mean that they don’t hold valuable information.

The study, published in the January/February issue of Seismological Research Letters is the first to analyze several strands of research and put forth a theory regarding the formation of the luminescence. They believe that the stress of the rocks pressed against one another generates an electric charge which travels all the way to the surface. When they travel to the surface and “meet” the atmosphere, they glow.

“Earthquake lights are a real phenomenon — they’re not UFOs,” says lead author Robert Thériault, a geologist at Quebec’s Ministry of Natural Resources in Quebec City, Canada. “They can be scientifically explained.”

They noticed an increased occurrence of such events in rift zones – in geology, a rift is a linear zone where the Earth’s crust and lithosphere are being pulled apart, in an extensional movement, typically associated with volcanic activity.

Understanding this kind of phenomenon treads on the very edge of science, so as much information as possible is necessary. However, the problem is that legitimate reports become entangled with imagination or gross exaggerations. Many people report flames and smoke spurting out of the ground, while others mention streaks of heavenly fire or diabolic auras – improbable mentions, to say the least.

But some reports are much simpler, and much more believable, especially as more people reported the same events.

“We’re all interested in finding out more about earthquake lights,” says John Ebel, a geophysicist at Boston College in Massachusetts, who was not involved in the new study. “It’s just not a regular area of scientific inquiry, because there’s no way to do an experiment on them.”

In order to understand what’s happening, they analyzed 27 earthquakes from the Americas and 38 from Europe, sorting through many bizarre stories. In 1727, for instance, a New England man walking his dog one October evening felt the ground start to shake and witnessed a ball of light moving towards the dog, which started to bark. In 2007, a Peruvian fisherman reported the sky turning violet a few minutes before the earth started shaking, and in 1911, a woman in Germany reported seeing glows that moved along the ground “like snakes” as a quake began. So how do you sort through this kind of reports? 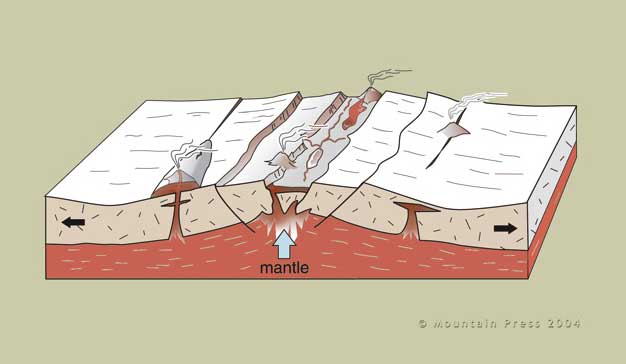 Researchers first started classifying the earthquakes as best they could, and found that of the 65 earthquakes studied, 56 occurred along rift zones (ancient or active); furthermore, 63 of the 65 quakes took place where the geological faults that ruptured were almost vertical – as opposed to the more horizontal angle most faults rupture at.

This is relevant statistical information – and it fits with the idea of an electric current traveling upwards. This steep geometry could be the key here: it all starts with defects in a rock, where oxygen atoms inside a mineral’s chemical structure are missing an electron, something virtually ubiquitous. When the stress reaches huge values, as in an earthquake, it breaks chemical bonds involved in these defects, and it creates holes with a positive charge. This positive charge travels all the way to the surface, where, in contact with the atmosphere, it takes the form of a glow. It makes perfect sense and fits with the data… but that still doesn’t mean it’s right.

But at the very least, the catalogue suggests where to look next: at the conductivity of the soil, before and after the seismic event.