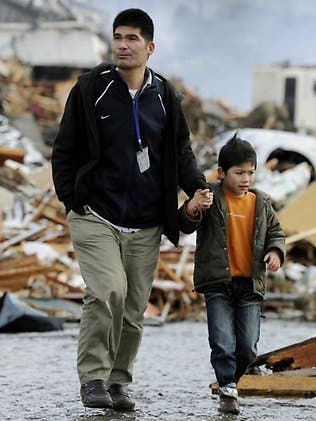 The sad loss of over 10.000 people caused by the M8.9 earthquake and the tsunamis it generated is not the only problem Japanese people will have to deal with; this major disaster is also the most costly in world history, a “title” previously held by Katrina in the US, with an estimate of £77  billion but with way less deaths.

The disaster caused a 6.2 per cent drop in Japan’s Nikkei share index, wiping £90 billion off stocks and shares traded there, and although this is not the highest concern at all right now, it is yet another difficult task to handle; furthermore, a significant part of the world is economically addicted to Japan, so if they were to suffer a recession, probably the whole world would have to face another recession.

Andre Bakhos, the director of market analytics at Lek Securities in New York, said: “The earthquake could have great implications on the global economic front. If you shut down Japan, there could be a global recession.”

The earthquake in Japan had an estimated magnitude of 8.9, making it one of the top five earthquakes ever to be recorded. The tsunamis it generated violently struck not only Japan, but other parts of the world as well, and because the electricity dropped in most of the country, several nuclear plants are in danger of a meltdown. So far, the deathtoll goes way beyond 10.000 people.