Before and After: satellite imaging shows the depth of Japan earthquake devastation

by Tibi Puiu
in Great Pics, Other
A A

In its wake, the Japan 8.9 Richter scale devastating earthquake and the huge tsunami that was produced by it left inimaginable damage. Homes simply stripped apart, farm areas swept away by the water, airports raised, nuclear power plants dangerously shaken and a concerning death toll made the world tremble and reinforced the idea that nature is the master of this fine planet. Below you can watch a set of satellite images presenting different up-view landscapes, be it farm land or an urban zone, as interesting as they are frighting.

Central Ishinomaki in 2003 and after. (c) Google

To help illustrate the damaging power of the quake and the ensuing tsunami, Google has compiled a collection of high-resolution before-and-after satellite images that depict the areas affected most by the devastation, a few of which you can find in this article, rest of which lye here.

“We’re working to provide this data directly to response organizations on the ground to aid their efforts,” Ryan Falor, Google Crisis Response team, said in a Google Lat Long Blog post. “We hope this new updated satellite imagery is valuable for them as well as everyone else following this situation to help illustrate the extent of the damage.” 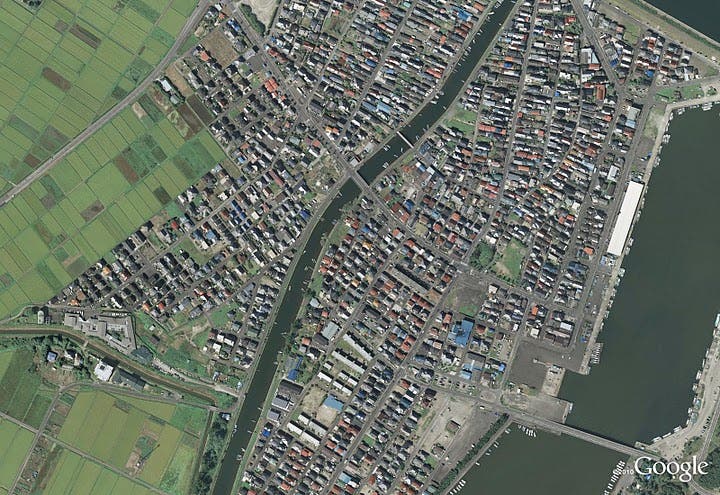 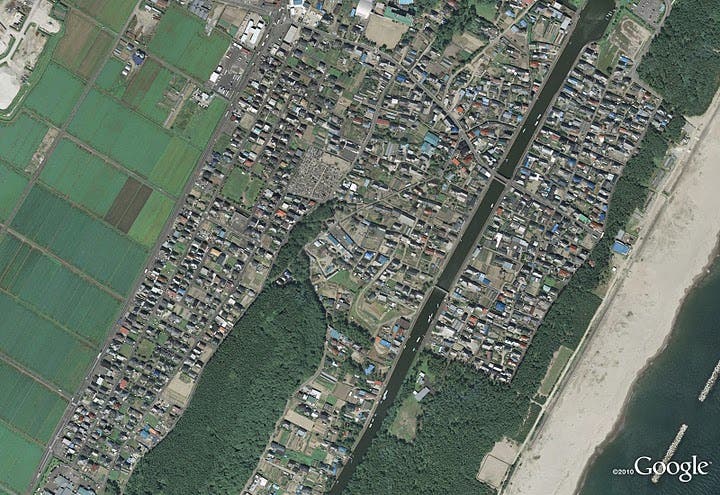 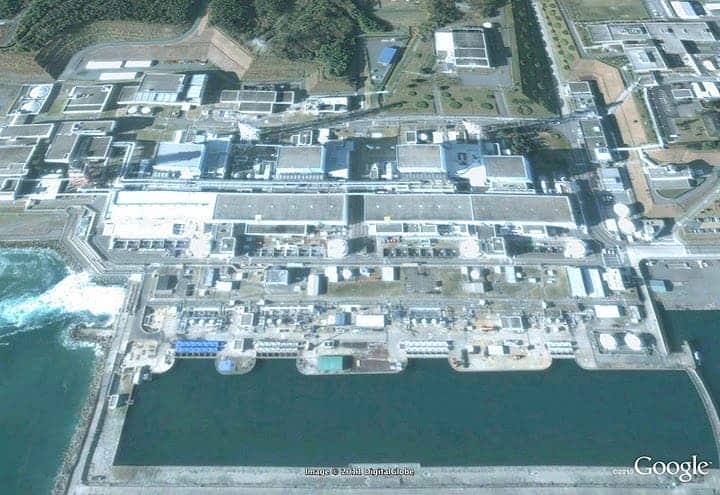 For an interactive similar video check out NYTimes recent feature on the subject where you can find similarly edifying before/after examples that transition through the help of a slide. Definitely worth checking out.