by Tibi Puiu
in Discoveries, Research, Space, Studies
Reading Time: 2 mins read
A A
Share on FacebookShare on TwitterSubmit to Reddit

Contrary to what you might expect, a recent published study unveiled by scientists shows a map of our planet’s gravity, which resembles not a sphere, but more a … potato. This is because the Earth’s gravity isn’t uniform, being affected everyday by such factors like winds, currents and tides, so because gravity is higher in Iceland than in India you get this weird looking shape. The map is actually called a geoid, the result of two years of orbital surveys by the European Space Agency (ESA) Gravity Field and Steady-State Ocean Circulation Explorer (GOCE) satellite.

Below you can see a somewhat exaggerated rending of the geoid captured by GOCE. Gravity is strongest in yellow areas; it is weakest in blue ones. 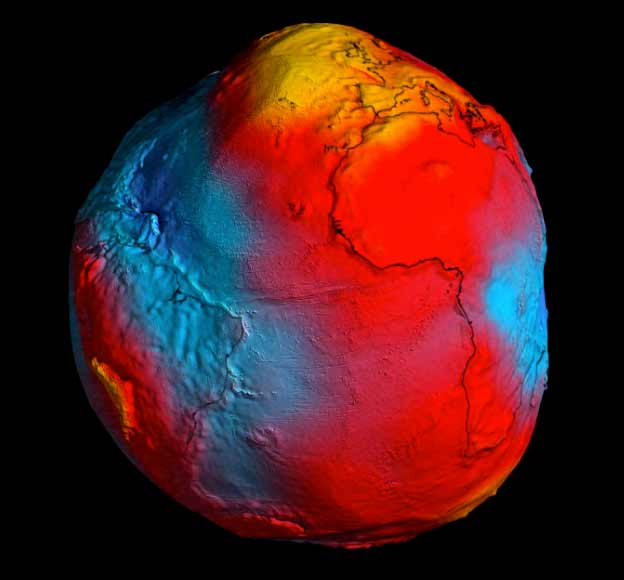 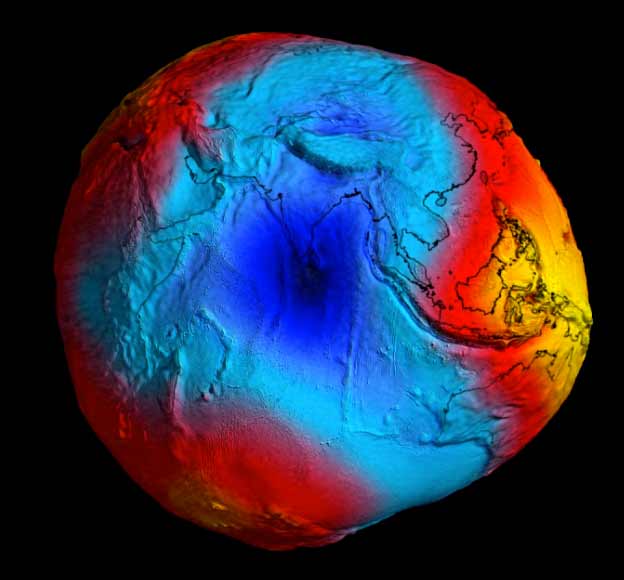 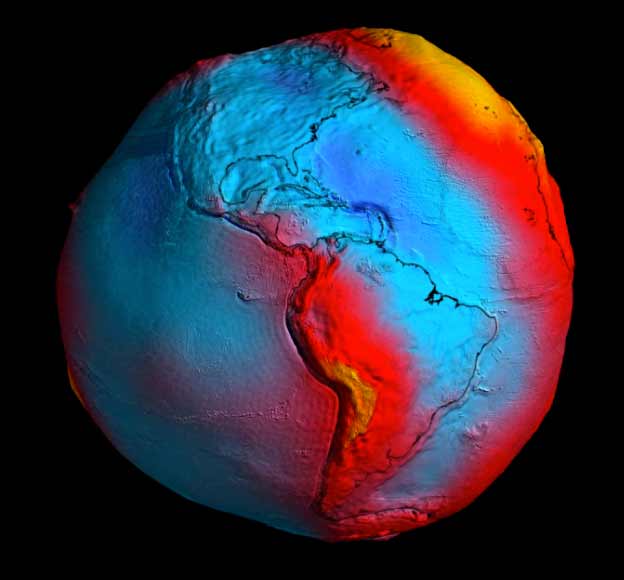 “The GOCE geoid will improve our understanding of Earth’s internal structure,” he said.

GOCE also offers some very interesting data which prove indeed very useful for scietists studying earthquakes. The giant jolt that struck Japan this month and Chile last year occurred because huge masses of rock suddenly moved in the tectonic movement – Goce should reveal a three-dimensional view of what was going on inside the Earth in that moment.

“Even though these quakes resulted from big movements in the Earth, at the altitude of the satellite the signals are very small. But we should still seem them in the data,” said Dr Johannes Bouman from the German Geodetic Research Institute (DGFI).