Today’s smartphones aren’t just devices — from photos to e-mails and contacts, these tiny devices hold information that is deeply personal. They’ve become a nexus of bits and pieces of what makes us, well, us, which is terrifying because phones can, and oftentimes do, get stolen.

This is exactly what happened to 23-year-old Willem de Kooning Academy film graduate Anthony van der Meer in 2015. The breach of privacy, the thought of someone having access to all the personal data on his iPhone was a huge concern for him. And, in the end, he wanted answers.

“Besides losing your expensive device, a stranger has access to all of your photos, videos, e-mails, messages and contacts,” the video’s description reads.

“Yet, what kind of person steals a phone? And where do stolen phones eventually end up?”

So Anthony bought a new phone, installed a hidden tracking app on it, and tried his hardest to have it stolen from him. He put the story to film under the title ‘Find my Phone’, a video that documents the entire process from trying to (unsuccessfully) have his phone stolen to tracking the thief. All of this was possible using an app called Cerberus, which van der Meer installed in such a way that it could not be wiped from the phone, that allowed him to log onto and use the device whenever it was connected to the Internet.

Considering the simple premise, the end result is amazing. The conversations, phone call recordings, pictures, and locations Anthony obtained and compiled make for a truly captivating, if unorthodox, documentary. It has been viewed almost 2.6 million times on YouTube in just 6 days — it is currently the number 12 trending video on all of YouTube. 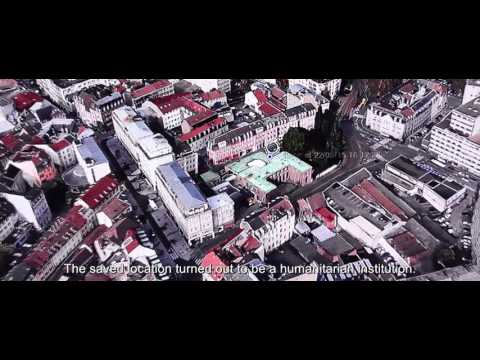 Anthony’s video raises questions on privacy in an ever-more connected world. It asks what it truly takes to know someone — is knowing what he looks like, who and how talks to, where he goes, or what kind of pornography he watches enough to know someone? It’s a deep psychological dive, looking at just how much of ourselves we leave in the silicon memories of our devices.

In the end though, even after seeing the thief in the flesh, van der Meer never truly answered his own questions.

“Although you’ll meet the person behind the theft up close and personal, the question remains,” he writes.

“How well can you actually get to know someone when you base yourself on the information retrieved from their phone?”

Latest update shows that the phone resurfaced in Romania.