Scientists have "reprogrammed" skin cells to act as neurons and then successfully implanted them into the brain of mice. After 6 months, the new nerve tissue was fully functional and there was no sign of rejection or other side effects. 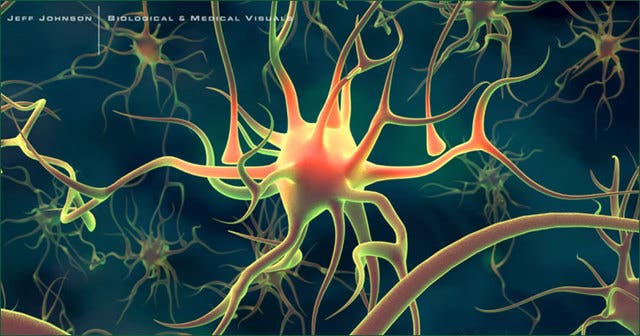 Scientists from the University of Luxembourg have for the first time successfully grafted neurons reprogrammed from skin cells into the brains of mice, obtaining long term stability; six months after the procedure, the neurons were fully integrated into the brain. This procedure raises new hopes for replacing sick neurons with new ones, especially for patients suffering from degenerative diseases such as Parkinson’s.

The group was led by Prof. Dr. Jens Schwamborn and Kathrin Hemmer and is focused around finding solutions for people suffering from currently untreatable degenerative diseases. Their answer was to simply replace the old, sick neurons, with new ones, and see if it works. So far, their technique has proven successful in mice, but even with such promising results, there’s still a long way before human treatment can be discussed.

“Successes in human therapy are still a long way off, but I am sure successful cell replacement therapies will exist in future. Our research results have taken us a step further in this direction,” declares stem cell researcher Prof. Schwamborn, who heads a group of 15 scientists at LCSB.

In order to do this, they reprogrammed skin cells to act as neurons, creating stable nerve tissue in the brain. Their technique of using cells from the same mouse (skin cells) drastically improves the compatibility of the implanted cells. Even in the initial results, 6 months after the implantation, mice showed to signs of rejection or incompatibility. Furthermore, the neurons exhibited normal activity and were connected to the original brain cells via newly formed synapses, the contact points between nerve cells.

Again, these are just the initial results, but scientists are confident in further developing the technique and implementing it in humans – something which they believe will happen relatively soon. In the future, implanted neurons could produce dopamine and/or transport it in the brain. This is the next step in their research.

“Building upon the current insights, we will now be looking specifically at the type of neurons that die off in the brain of Parkinson’s patients – namely the dopamine-producing neurons,” Schwamborn reports.