An itch is a sensation that causes the desire or reflex to scratch. Researchers have long tried to characterize itch, but in its typical annoying fashion, the sensation resisted any such attempts. For a very long time, the itch has been thought of as a low-level form of pain, but now, a new study conducted on mice suggests that it is indeed a distinct sensation, with a dedicated neural circuit linking cells in the periphery of the body to the brain. 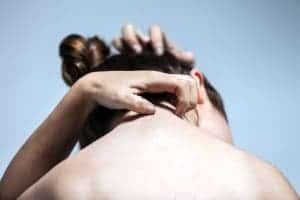 Neuroscientists Mark Hoon and Santosh Mishra of the National Institute of Dental and Craniofacial Research in Bethesda, Maryland, tried to find the exact molecule which triggers the sensation of itch by screening genes in sensory neurons that are activated by touch, heat, pain and itch. They found that one particular protein, called natriuretic polypeptide b, or Nppb, was expressed in only a subset of these neurons.

Mutant mice lacking this this protein, did not respond to itch-inducing compound – but interestingly enough, they didn’t respond to heat and pain. But what’s even more interesting is that when Nppb was injected into the mice, it send them into a scratching frenzy. This occurred both in the mutants and in control mice.

“Our research reveals the primary transmitter used by itch sensory neurons and confirms that itch is detected by specialized sensory neurons,” says Hoon.

According to Glenn Giesler, a neuroscientist at the University of Minnesota in Minneapolis, the result “explains problems in the literature and provides a very testable hypothesis for how itch works”.

Previous research suggested that gastrin-releasing peptide, or GRP, was the neurotransmitter behind itches, but as Hoon and Misha showed (almost beyond the shadow of a doubt) is that GRP is not the primary trigger, but is still involved in the process, and injecting GRP into mice lacking either Nppb or its receptor did produce strong scratching responses.

Furthermore, mice in which GRP receptors were inhibited did not engage in scratching behaviour, even with spinal-cord injection of Nppb. This seems to suggest that GRP-releasing neurons are downstream of Nppb in the transmission of the itch sensation.

“This model fits better with what everyone else is seeing,” says Sarah Ross, a neuroscientist at the University of Pittsburgh in Pennsylvania.

The neural pathways are similar, though not identical, to those in mice. It remains to be seen if Nppb plays the same role in humans, or if there is something different involved.

“Antihistamines work for a few forms of itch, but for the vast majority they do nothing,” he says. “This research introduces a brand new target for clinical treatment.”