How High Schools Can Promote Stewardship and Save the Environment

The kids are alright.

by Dennis Zhang
in Environment, Science
Reading Time: 9 mins read
A A
Share on FacebookShare on TwitterSubmit to Reddit

The future of environmentalism lies in the hands of the youth. 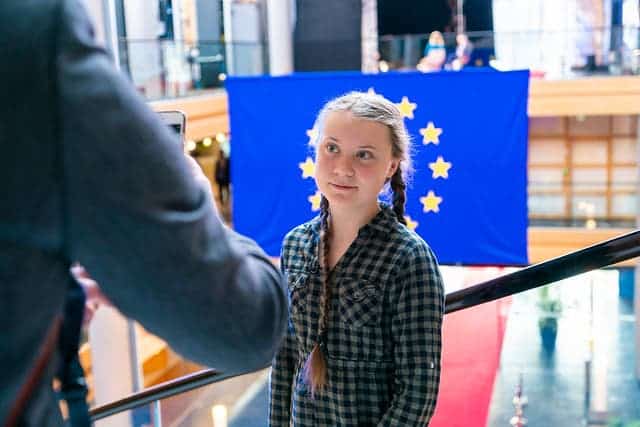 Greta Thunberg is an internationally-renowned climate activist who, at age 15, famously began protesting outside Swedish parliament and has inspired a worldwide movement since. (Photo by European Parliament / CC BY 2.0)

Young activists like Greta Thunberg, the sixteen-year-old leader of a global youth climate strike movement, are clear signs of a revival of the environmental sentiments that famously marked the 1960s. As the media continues to publicize contemporary environmental issues, young people around the world have championed the growing environmental movement. A worldwide study from Nielsen even reported that 15 to 20-year-old respondents, dubbed “Generation Z”, were willing to pay higher prices for products from environmentally-minded corporations.

Many of these teenagers and young adults spend a significant amount of time in high school, where they are exposed to new ideas and are able to pursue their passions. As of 2016, the National Center for Education Statistics reported that over 40,000 high schools existed in the United States.

Today, it is the obligation of these formative institutions – their students, teachers, and administration – to continue to make an environmental impact in their local communities and, most importantly, in the youth.

So here are four basic ways that high schools can make a difference.

Composting is an easy way for high schools to give back. It is key for healthy gardens and prevents food waste from needlessly ending up in landfills. Best of all, it is dirt-cheap. Pun intended. 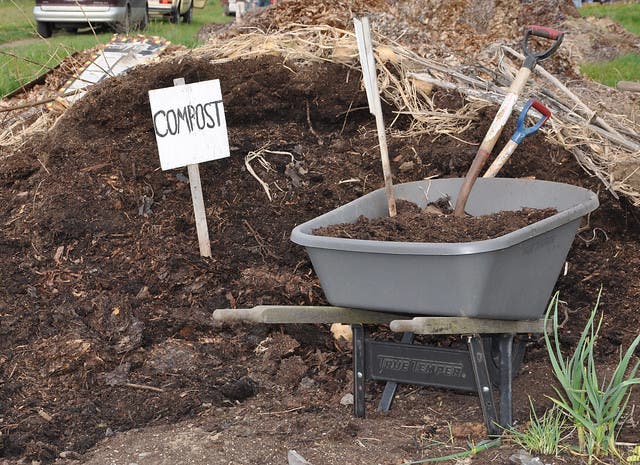 Many organizations will now compost for you, and they can be easily found online. (Photo by Oregon State University / CC BY-SA 2.0)

Composting can be done by students as a club activity, but it can also be done through composting services. Organizations like CompostNow make it effortless to find a service.

In 2014, an EPA study reported that America threw away more than 38 million tons of food annually. It was further estimated that more food waste was generated than any other type of everyday waste.

When high schools absent-mindedly waste substantial amounts of food every day, what better way is there to teach environmental consciousness, while giving back, than composting?

Most Americans are taught the importance of recycling from a young age. Life 123 reports that 70% of Americans aged 18 to 30 participate in recycling. Nevertheless, although not a reportedly widespread issue, improper recycling still occurs in communities and households in America.

According to the Vice President of Sustainability at Rubicon, a company that offers recycling options for sustainable businesses, the smallest bit of contamination can easily transform a pile of recyclables into nothing more than waste.

Clearly, educating youth before they become full adults – responsible for their own recycling behavior – remains critical, and just like teaching responsibility and various academic skills, high schools are the perfect institutions to instill these necessary habits. 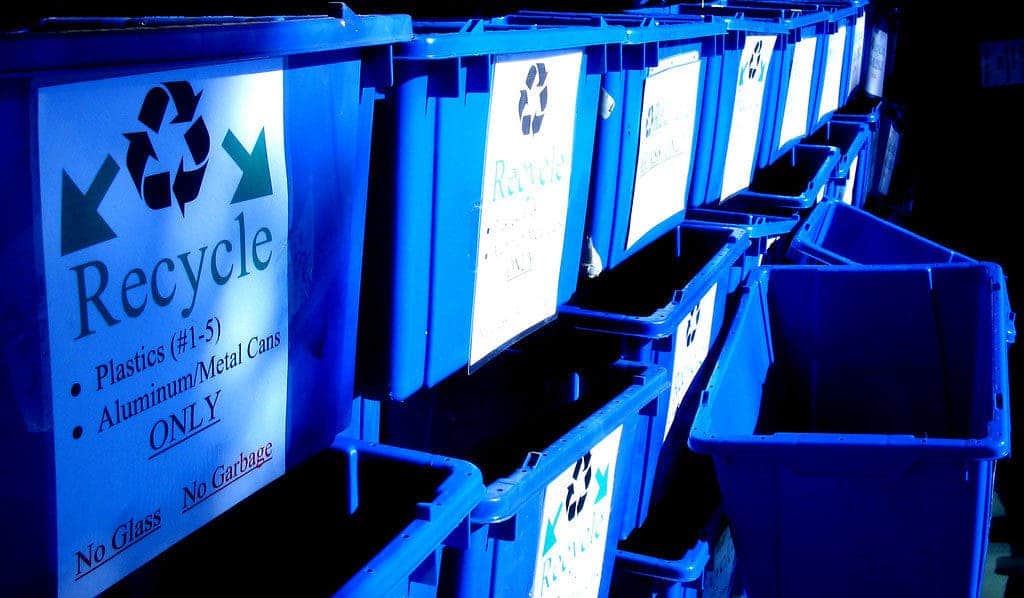 Recycling can be made easy with the proper education. (Photo by Joel Bombardier / CC BY 2.0)

Together, students and administration all around America (and the world) can work together to create posters, educational programs, and the proper bins to make recycling education as widespread as possible. 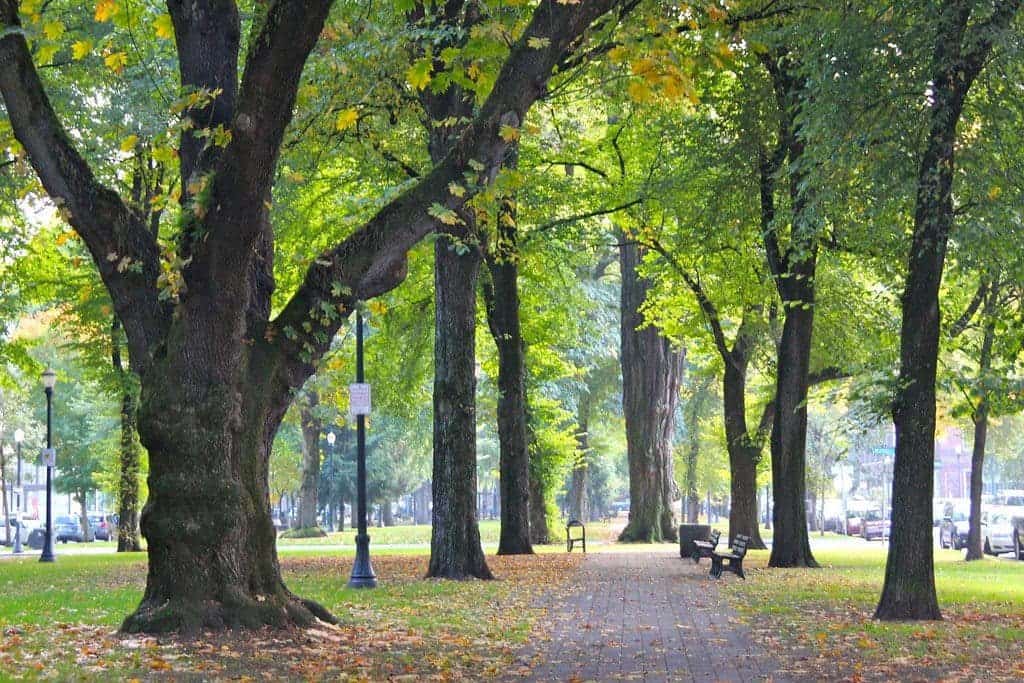 Science has shown that planting trees has many benefits. (Photo by Daniel Cukier / CC BY-ND 2.0)

A Nature article published in 2015 showed that urban neighborhoods filled with trees were better for the physical health of nearby residents. It’s common sense after all; a little more fresh air can only help.

Tree planting, in fact, is an incredibly easy way to give back to Mother Earth while bettering one’s own local community. Oftentimes, local senior centers, gardens, and parks will usually welcome any help in planting trees.

With a large percentage of able-bodied youth cooped up in high schools for around seven hours every day, tree planting by high schools can be far more efficient and extensive than that of small volunteer groups.

Not to mention, tree planting can be a fantastic bonding experience!

Environmentalism in high schools ought to be driven by the youth and supported by adults. Typically, this relationship takes the form of student-led clubs that are advised by one or more faculty members.

Through a cooperative dynamic between students and adults, these organizations can effect change in their local communities through environmental education as well as volunteering.

That being said, students should equally seek to effect change on larger scales, whether that be through climate marches or even trying to get a carbon emissions bill passed. Young voices matter, and anyone – from the aspiring engineer to the future politician – can make a difference. 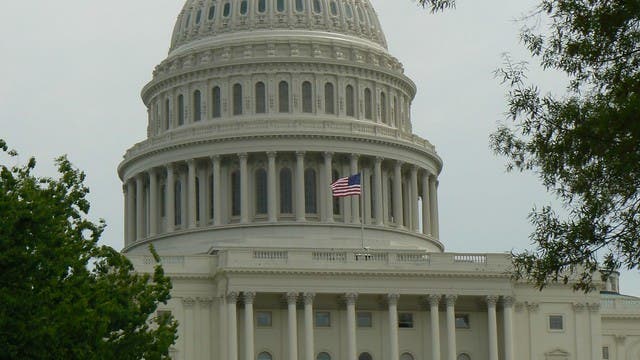 Writing letters to Congress or your local representatives is a great activity for high school environmental clubs. (Photo by Misha Popovikj / CC BY-SA 2.0)

As the new generation of high schoolers inherits the environmental dilemmas of their predecessors, high schools will increasingly serve as training grounds for greater environmental consciousness through advocacy, education, and pivotal dialogue.

This is a guest contribution by Dennis Zhang

Hi, I’m Dennis! I am just an avid writer who is curious about the natural world around us and the scientific advancements that drive our understanding of it forward. Biomedical research, nutrition, and the environment are my favorite topics to write about. If you want to see any of my other articles, please scroll down or check out my blog (QuorumTalk). Thanks!