Money in the Earth’s Bank: Preservation of Canada’s Boreal Forest

by Mihai Andrei
in Climate, Environmental Issues, Other
Reading Time: 2 mins read
A A 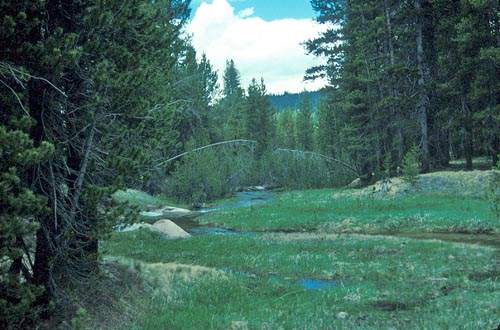 Whether we want to accept it or not, mankind has caused significant (to say the leased) damage to the amount of forests and habitats around the world. That’s why it’s so important for people, especially those in leading positions to take standing positions in protecting and increasing the area of forests around the world. It’s always great to see initiatives such as the one started by Ontario Premier Dalton McGuinty, who recently pledged to protect 225,000 square kilometers (55 million acres) of the Far North Boreal Forest; this includes banning all mining and lodging activities in the area.

Just so you can get an idea about how much that represents, it’s about twice as big as England. Also, the other part of Canadian forests seems to be well protected too, as it’s now a part of a sustainable development project, supported by native Canadians. According to the Canadian press:

“The new plan would also require that mining and forestry companies consult early with aboriginal communities before starting any projects in the other half of the boreal forest, and give First Nations a share of revenues from new projects on their traditional lands anywhere in Ontario.”

This is more than just about protecting a forest, and the proportions of the boreal forest must not be underestimated, as they are the third largest wetlands system in the world, helping moderate global temperature and producing a significant quantity of oxygen for the whole world, not to mention is holds more than three quarters of the world’s unfrozen freshwater supply. It could be a key place in the battle against global warming.

Here are just a few facts that underline it’s importance, by the Canadian Boreal Initiative: