Is there enough water to go around?

by Mihai Andrei
in Environmental Issues, Other
A A 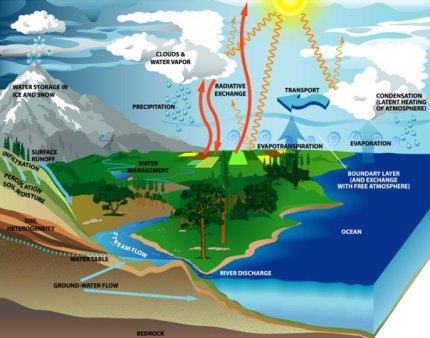 A problem which a decade ago would have seemed just absurd is now becoming more and more pressing: water. More and more areas are suffering from drought or other problems caused by the lack of water.How can there not be enough water? Well let’s make the math. Out of the total quantity of water, just 3% of it is freshwater and out of that roughly 69,5% is in the ice caps and 29,5% is in the ground water. Rivers, lakes and clouds carry just about 1% of the fresh water, which is 0.03% of the total water. That’s nowhere near as much as you could have believed (figures from Nature).

This is a very pressing issue as more than 1 billion people lack access to potable water and 2.6 billion do not have access to adequate sanitation, according to the World Health Organization. What’s more concerning is the fact that many analysts expect a dramatic rise in areas experiencing water scarcity in the years to come from now. There’s also an increase in the water need for activities such as agriculture, power, and industry. What’s more, the climate change will affect this problem and increase its gravity. As global temperatures rise, climate scientists generally expect more rain to fall, but less often. Longer dry spells could impact the food supply in a number of areas.

So since we can’t drink and use less water, what can we do? For inland areas, there is a project which seems to promise results, but it’s highly controversial: diverting water from rivers with heavy flow to areas that are water-deprived. Some are for this idea, some oppose it. Making water fit to drink poses other challenges. Advances are being made developing materials that can trap viruses and bacteria, and de-activate them using catalysts triggered by light. Also, it’s a very good idea to reuse water whenever possible. Try to be responsable, and be a citizen of the planet.