by Mihai Andrei
in Climate, Environmental Issues, World Problems
A A

If the current pledges under the UN flag to cut carbon emissions are not improved, then it is estimated that the cost of meeting the world’s targets regarding global warming will rise by half, according to OECD (Organisation for Economic Co-operation and Development). 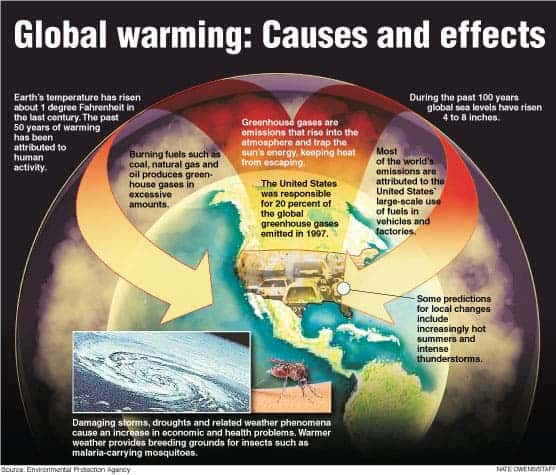 Basically, these things have to be done, sooner or later, until it is too late; if we delay doing them now, and pass them onto future generations, not only will they look back with contempt, but it will also be much harder for them then than it is for us now.

“We must act now to reverse emission trends,” summarized a 90-page report issued on Thursday ahead of the next round of UN climate talks, opening in Durban, South Africa on Monday.

“The further we delay action, the costlier it will be to stay within 2.0 C,” it said, referring to an objective laid down in the 2009 Copenhagen Summit and endorsed at UN talks in Cancun, Mexico last year.

For the record, let it be said that it is the UN and OECD that states this, and not ‘paranoid delusional so-called scientists’ – as some emails I received claimed. 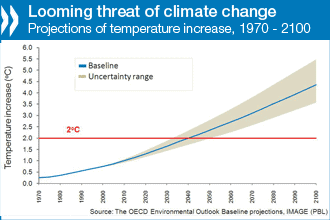 “Delayed or only moderate action up to 2020 – such as implementing the Copenhagen/Cancun pledges only, or waiting for better technologies to come onstream – would increase the pace and scale of efforts needed after 2020. It would lead to 50 per cent higher costs in 2050 compared to timely action and potentially entail higher environmental risk”.

The study compares the costs of benefits of three different courses of action for cutting emissions, that yield a 50-50 chance of preventing carbon dioxide concentrations above 450 parts per million (ppm). That 450 ppm barrier is crucial for capping the industrial global temperature raise by 2 degrees. Even under the most ambitious projects and optimistic estimates, going over the 450 ppm target “has now become inevitable in the middle of the century“, before falling again, the report says. If things continue to move in the same direction they are today, then the greenhouse gas concentration would rise to almost 700 ppm, twice the amount recorded now. The report also suggest a line of action.

“In the context of tight government budgets, finding least-cost solutions and engaging the private sector will be critical to finance the transition,” the report concludes.