Which one are you?

by Alexandru Micu
in Mind & Brain, News, Science
Reading Time: 4 mins read
A A
Share on FacebookShare on TwitterSubmit to Reddit

Quick, try to recall the last day you’ve spent without logging into Facebook. Most of you probably can’t. And it’s not that we use the platform daily, but we also spend a lot of time once we’re there. Which begs the question: why do we like it so much?

“What is it about this social-media platform that has taken over the world?” asked lead author Tom Robinson. “Why are people so willing to put their lives on display? Nobody has ever really asked the question, ‘Why do you like this?'”

“Social media is so ingrained in everything we do right now,” Boyle said. “And most people don’t think about why they do it, but if people can recognize their habits, that at least creates awareness.”

To find out, the team compiled a list of 48 statements designed to gauge potential reasons why people visit the platform. Participants were asked to sort these statements in a way that they felt reflected their personal connection to the ideas and then rate them on a scale from “least like me” to “most like me”. After this step, the researchers sat down for an interview with each participant to get a better understanding of why they ranked and rated the way that they did.

Based on the responses, the team says there are four main reasons — translated into four categories — why people hang out on the book: they’re either relationship builders, town criers, window shoppers, or the ever-present selfies. So let’s see what each of them does.

The book of (four) faces

Relationship builders are those who use the platform closest to its indented role: as an extension of their real-life social activity. They post, respond to others’ posts and use additional features primarily to strengthen existing relationships, to interact virtually with real-life friends and family. This group identified strongly with statements such as “Facebook helps me to express love to my family and lets my family express love to me.”

Town criers show a much larger decoupling of their real and virtual life. They’re less concerned with sharing content (photos, stories, other information) about themselves, but will put a lot of effort into informing others of the current events — much like the town criers of yore. You’ll likely spot this group reposting ZME Science, event announcements, or wording their opinion on something they feel strongly about. Beyond that, they’re likely to neglect their profiles and will keep tabs on family and friends through other means.

Window shoppers also use Facebook but rarely post personal information. But in contrast to town criers, co-author Clark Callahan says, these users “want to see what other people are doing. It’s the social-media equivalent of people watching.” They identify with statements such as “I can freely look at the Facebook profile of someone I have a crush on and know their interests and relationship status.” 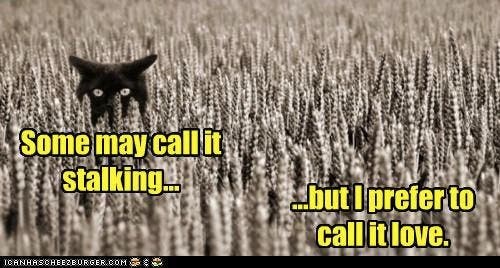 Lastly, the selfies. This group mostly uses Facebook (can you guess?) for self-promotion. Like relationship builders, they’re very energetic posters of content — but unlike them, they do so in an effort to garner likes, comments, and for attention in general. Their end goal, the team says, is to craft and present a social image of themselves “whether it’s accurate or not.” This category identified with the statements such as “The more ‘like’ notification alarms I receive, the more I feel approved by my peers.”

Previous research into social media has explored users falling in the relationship-builder and selfie groups, but the town criers and window shoppers were a novel (and unexpected) find.

“Nobody had really talked about these users before, but when we thought about it, they both made a lot of sense,” Robinson adds.

If you’ve been trying to decide which group you fall into, the authors point out that it’s rarely an exact fit, and you likely identify with more than one category to some degree.

“Everybody we’ve talked to will say, ‘I’m part of this and part of this, but I’m mostly this,'” said Robinson, who calls himself a relationship builder.

The paper “I ♥ FB: A Q-Methodology Analysis of Why People ‘Like’ Facebook” has been published in the International Journal of Virtual Communities and Social Networking.