People fake it to look “real” on social media

by livia rusu
in Mind & Brain, News
Reading Time: 2 mins read
A A
Share on FacebookShare on TwitterSubmit to Reddit

How you act on the internet and how you act in real life are not the same thing – and people often “fake it to make it” online according to a new study conducted by Finnish researchers. According to them, using social network sites (SNSs) almost always includes an element of fakery. 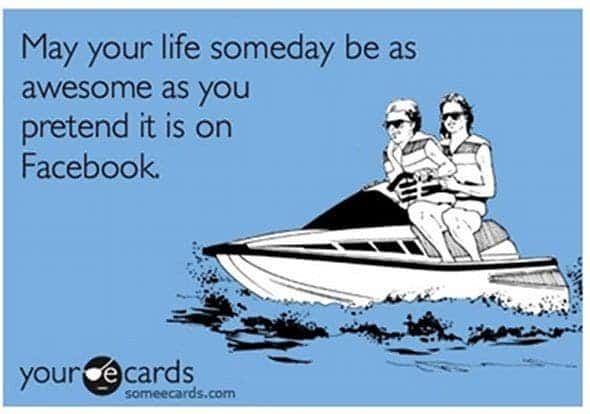 They focused on two social media sites, Facebook and Last.fm, finding that users of both websites were concerned about maintaining an authentic profile. But they also reported a lot of profile tuning – intentionally sharing content designed to depict the user in a false way.

“What our study reveals is a common belief that sharing content in a way that is considered to be excessive, attention seeking or somehow portrays that individual in a fake manner is judged extremely negatively,”  said Suvi Uski of Aalto University.

However, this lead to an interesting paradox:

“While social norms required individuals to be real in their sharing behaviour, presenting oneself in the right way through sharing often necessitated an element of faking,” added Airi Lampinen, co-author of the study.

For example, it was not uncommon for Facebook users to share songs which they don’t like, or they didn’t even listen to, just because they think it would make them seem in a certain way. So, how important is it for you to pose nicely on Facebook?

Findings appeared in the journal  New Media and Society.