by Mihai Andrei
in Alien life, Biology
Reading Time: 2 mins read
A A
Share on FacebookShare on TwitterSubmit to Reddit 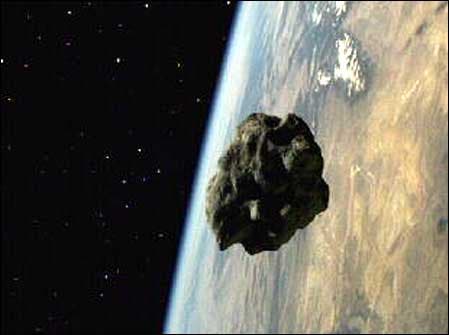 Wherever it’s possible, life finds a way; the old saying seems to be more and more actual these days, with NASA and other space agencies reporting interesting discoveries that point towards life existing in many more other places other than our own planet. After rewriting the biology books with the arsenic eating microbe, NASA researchers claim to have found evidence of fossilized bacteria in meteorites that landed on Earth.

Dr Richard Hoover, an astrobiologist at the space agency’s Marshall Space Flight Centre in Alabama sparked the discussion after he said he found a bacteria in an extremely rare type of meteorite, of which only nine are currently known to us. He reported finding traces of nitrogen, which couldn’t have come from the rock sample, which absolutely lacked that particular element.

“I interpret it as indicating that life is more broadly distributed than restricted strictly to the planet Earth.”, he briefly said, igniting the imagination of numerous scientists and not only.

However, this is still a matter of certain debate, and an impressive number of experts have been called to shed more light on this findings. This discovery was published in the Journal of Cosmology; editor-in-chief Rudy Schild said:

“Given the controversial nature of his discovery we have invited 100 experts, and have issued a general invitation to over 5,000 scientists from the scientific community, to review the paper and to offer their critical analysis.”

Given the huge number of people involved, it will definitely stir up discussion throughout the scientific community, so we probably shouldn’t have too much to wait until we get more details on this matter.