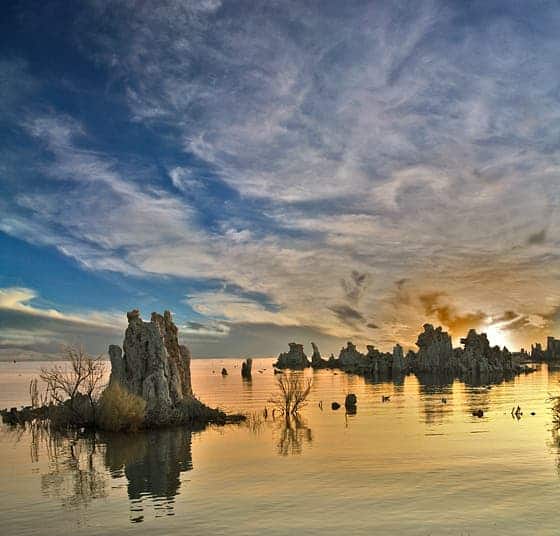 As I was telling you before, NASA got everybody hyped when they announced a big conference on the topic of finding alien life; of course everybody’s mind started flying to aliens and ET and all that, but more realistic people realized that something like this is extremely unlikely. However, pretty much everybody was shocked when they heard what it was all about.

On the bottom of a Californian lake, water is filled with arsenic; and that bottom of the lake is filled with bacteria – nothing too uncommon so far. But the thing is that a particular bacteria is able to substitute phosphorus with arsenic in some of it’s most basic physical processes – basically fluorishing from what was considered to be universal poison. You have to not make a confusion about this – there are numerous organisms that use arsenic in redox reactions, but this is something totally different, because the bacteria incorporates arsenic in its very DNA.

“I can see you’re disappointed, that some of you were expecting walking, talking aliens,” said Felisa Wolfe-Simon, a NASA astrobiology researcher and co-author of the study that had attracted much buzz before its release.

This suggests a totally different biochemistry from our own, which as a result means that life could exist in environments previously thought unhabitable by researchers. Scientists have long believed that all living organisms need phosphorus in the building blocks of life, and even science fiction writers would be reluctant to write about a being that relies on arsenic for it’s most basic processes, but this is indeed the case here.

Ok, so we aren’t talking four eyed martians or whatever, but the magnitude of this discovery is absolutely huge ! Practically, we are just tapping into a world nobody has even dreamed of, and this opens up huge possibilities of finding alien life, so NASA wasn’t overreacting at all.

In addition to questioning the long-held assumption that phosphate is absolutely required for life, the existence of the bacterium “provides an opportunity to really pick apart the function of phosphorus in different biological systems”, researchers note. Still, the works here is just beginning, and it will be quite a while before we can effectively track down arsenic based life in the universe.