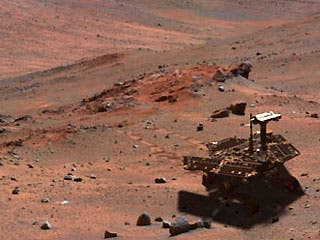 NASA has excited pretty much everybody’s mind when they announced a press conference for today on the topic of extraterrestrial life and their recent findings in the field.

“NASA will hold a news conference at 11 a.m. PST on Thursday, Dec. 2, to discuss an astrobiology finding that will impact the search for evidence of extraterrestrial life,” NASA said in a Wednesday statement. “Astrobiology is the study of the origin, evolution, distribution, and future of life in the universe.”

The fact that they were extremely vague about the whole thing but did provide some information only managed to make people even more curious about the whole thing; however, we probably shouldn’t expect any major announcements. However, in the unlikely but possible even that they found some decently advanced life forms, they are probably from Mars, considering the Exploration Rover Spirit has been sitting idle on the red planet after getting trapped in sand about a year ago. The time that has passed would allow it to detect chemical signals for life. Another possibility was speculated by blogger Jason Kottke, who makes a point that it could also be about Titan or Rhea, two of Saturn’s moons.

The findings will be published in a journal, but until the conference today they are kept a secret, so at the moment all we can do is make more or less educated guesses. We will keep you posted as the conference develops.