Male-only clams stay fit by having sex with other species 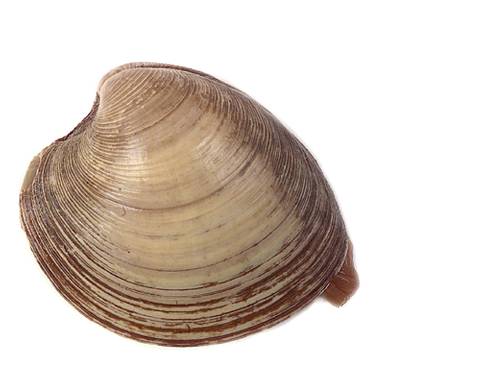 If you ask me, one of the most interesting things regarding animal evolution is sex; the animal kingdom has expanded sex to such heights, that it is often unbelievable the kind of things some animals do. Such is the case with the androgenetic clams of the genus Corbicula.

Most animals have a male and a female counterpart; they get jiggy, and a little offspring (or perhaps a few thousands appear). A few species are hermaphrodites – a single individual produces both eggs and sperm, and… gets jiggy with itself, when other possibilities are lacking. A handful of species are only females – they only produce eggs (bdelloid rotifers for example, where no males have been observed in the fossil record for 35 million years), picking up DNA from closely related species, allowing a degree of recombinations that prevents harmful mutations from occuring. A female only species is somewhat understandable, since all the nutrients needed are there, but a male only species, that’s a whole different matter.

Sperm carries little more than DNA and the necessary equipment to move around. The thing is, technically speaking, Corbicula members are actually hermaphrodites, but after the fertilization, they kick out all the female DNA. Needless to say this intrigued researchers, who wanted to dig a little deeper into this phenomena; to say that the results were surprising is an understatement.

The nuclear and mitochondrial genomes produced perfectly good and valid phylogenetic trees, but (here’s the shocker) they weren’t the same trees ! It all seemed to be somewhat chaotic, and there was confusion even within the same nuclear genome.

So researchers put their brains to work and found out a few models that were somewhat satisfying, which include creating hybrid species, rare sexual intercourses, and lots of cross species sex.