Nanotyrannus and the Skeptical Criteria for Species

A historical example of how classifying a species can sometimes be very confusing.

by John Tuttle
in Science
A A

The classification of varying species, even the very term species itself, has long been a puzzling element of taxonomic categorization. Pulled from the Latin phrase species (meaning “appearance”), the term, in regards to its scientific use, has more than two dozen different definitions.

Based on this information alone, we can see how precisely pinpointing what declares a specimen a specific species is not quite clear. It is, perhaps, unique to each individual case. Numerous factors need to be taken into account. When biologists examine an organism to see if it is identical to or distinct from another species, they analyze its attributes. In comparing it to other organisms, they look for common characteristics or reproduction compatibility, or the lack of either.

However, when studying the remains of organisms of eons past, definitively declaring a species can be more difficult. Take a look at the drawn-out Jane and Nanotyrranus dilemma, for example. More than 15 years ago now, a dinosaur skeleton was unearthed in Montana by a team from the Burpee Museum of Natural History from Rockford, Illinois. The remains were rather well-preserved. They belonged to a ferocious carnivore of the Cretaceous Period. But what kind of carnivore?

It was a tyrannosaurid. Well, that narrows it down a bit, kind of like narrowing one’s selection from mammals down to bears. We have eliminated countless possibilities, yet there are quite a few bear species to go through. Similarly, there is a variety of species of tyrannosaurids to compare the remains of one to.

It was 20 feet in length, 7 feet in height, and its gender was undetermined. Regardless of that trifling mystery, the tyrannosaurid was dubbed Jane. Paleontologists made their observations. But not all agreed on what the appropriate classification of this specimen should be. Some suggested it could be a Nanotyrannus, a species of dwarf tyrannosaurid, whereas others believed it to simply be a juvenile specimen of Tyrannosaurus rex.

The debate was on. Upon further research, the existence of Nanotyrannus has been a sketchy one, as far as some scientists are concerned. As Dougal Dixon puts it in his extensive World Encyclopedia of Dinosaurs and Prehistoric Creatures, “Some paleontologists regard Nanotyrannus as a juvenile specimen of something better known, or even a dwarf species of Albertosaurus or Gorgosaurus” (324)”, which are other tyrannosaurids.

Jane’s remains were not the first to be suggested to be those of Nanotyrannus. In 1942, David Dunkle found the skull of a carnivorous dinosaur which resembled that of Jane. Dunkle’s discovery was tagged “CMNH 7541.” After this, other paleontologists examined the fossil on numerous occasions. Each suggested it was a certain species of previously known tyrannosaurid, such as Albertosaurus. It would not be until the late 1980’s that the skull would be suggested to be something more.

Renowned modern paleontologist Robert T. Bakker and his associates took another look at CMNH 7541. This time though, the scientists were able to use a variety of advanced practices in their combing of the skull. One of these was the use of CAT scans. Bakker’s team ultimately determined it to be an utterly new species, calling it Nanotyrannus.

However, this skull, like the remains of Jane, has more recently fallen under scrutiny again. Some experts, such as Thomas Carr, have pointed to the presence of the factor of mere growth to explain the differences between “Nanotyrannus” and other tyrannosaurids. Carr and others have stated that the features of this supposed new species are different from those of its relatives only because the specimens of “Nanotyrannus” were juvenile examples of another species.

Once again, technology managed to come to the rescue. Fossilized bones carry LAG’s, lines of arrested growth. Like tree rings, these natural markings can allow us to better distinguish the age of a prehistoric creature. In order to detect the LAG’s, a tiny bit of practically weightless bone must be cut off. This is what was done with a segment of bone from Jane. (This could not be done with CMNH 7541 since a weightless fragment of bone cannot be extracted from the fossilized skull.) 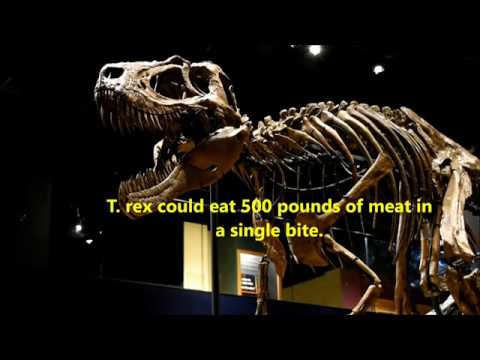 From the fragment taken from Jane, scientists concluded that Jane was merely a teenager, around 12 years old. With tyrannosaurs typically reaching adulthood around 20, Jane’s LAG’s showed the dinosaur was, in fact, a juvenile. Most now consider Jane simply a very well-preserved specimen of juvenile T. rex.

Despite the whole controversy over Jane’s identity, the existence of Nanotyrannus has not altogether been ruled out. This is just one example of the confusing, perpetually ongoing discussions regarding what classifies an organism under a certain species.