by Tibi Puiu
in News, Science, Studies
Reading Time: 4 mins read
A A
Share on FacebookShare on TwitterSubmit to Reddit 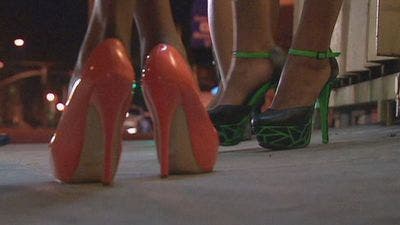 In the 1980s, concerned that the state statute on prostitution was too broad and could potentially infringe on First Amendment freedoms, lawmakers in Rhode Island decided to make it more explicit by cutting some articles. They went a bit too far, though, and accidentally removed the section defining the act itself as a crime. It wasn’t until 2003 that courts found that they couldn’t prosecute people for prostitution related felonies. Six years later, legislators corrected the law, but during this time it was found that public health and safety improved dramatically. Namely, gonorrhea among women declined by 39 percent, and the number of rapes reported to police in the state declined by 31 percent.

The economics of legalized prostitution

The study was reported by Baylor University’s Scott Cunningham and Manisha Shah of the University of California, Los Angeles and provides the first quantitative evidence that legalizing prostitution, even if by accident, can reduce violence against women and prevalence of sexually transmitted diseases. The study’s findings suggest that legalizing prostitution is the best course of action to minimize the risks to society, but some critics argue that prostitution is inherently violent, legal or not, and should be punished in consequence. The debate is whether prostitutes themselves are criminals or victims to pimps and sex traffickers.

The authors, being economists, did not touch on these issues and only focused on reporting data. They found, for instance, that most prostitutes were white and Asian women and that their asking prices fell compared to the black market. It’s important to mention that streetwalking, pimping and trafficking, remained illegal. As such, until the law condemning prostitution as a felony was revised, sex workers were operating their services from home and advertising on the internet.

Some 824 rapes that would have been otherwise reported to police were prevented or 31% less than when prostitution was banned. This sharp decline surprised the scientists involved in the study, but even after running through the date using three separate statistical they found that their results were still valid.

“The human costs are so big, if this is in fact a very real causal effect,” Cunningham said. “I think we have convinced ourselves that we have done everything we can do rule out alternative explanations.”

Other voices are less convinced. Melissa Farley, a feminist, psychologist and trenchant critic of prostitution, are too detached from what’s going on in the real world that the data fails to account for the fact that prostitutes will continue to be the victims of abuse, whether they operate under pimps or johns. She argues that legalizing prostitution would make it dead easy for traffickers to operate unobstructed and lead to an explosion of sex trafficking and exploitation that could ruin countless lives. A study made in Europe lends credence to her claims.

“Women in prostitution generally describe it as paid rape. That’s what if feels like to them,” said Farley, who feels the study embodies a “reactionary worldview.”

One of the main arguments is that once with rising demand for commercial sex, supply must also follow suit. But is demand actually growing or is it transferred from the black market – where anything can happen? Advocates that call for legalizing the oldest prostitution of the world believe such a counter status quo move will vastly improve working conditions and protect sex workers. Prostitutes could then call the police if they’re abused by a client – something unthinkable at this point – or force the client to wear a condom.

Ronald Weitzer, a sociologist at George Washington University, also argues that a transparent sex market would actually reduce the financial incentive for organized crime. “When something is prohibited, it allows organized crime to gain a foothold,” he said, comparing the sex market to the markets for alcohol during Prohibition or for marijuana and other drugs today.

There are already several countries in the world where prostitution is either legal or decriminalized, like Netherlands and Germany or the state of the Nevada in the US. Each, however, has its own form of regulation. Canada and Israel are currently considering reforms of their own, but this doesn’t make things less debatable in the US or other more conservative, at least publicly, countries.

ZME readers, what’s your take?  As always, please direct your comments below.