Just recently European scientists have released the first part of the  Rapyuta program – a global world wide web for robots. Now, don’t get this wrong. This isn’t a place where robots can chat, surf websites or browse facebook. On Rapyuta, robots will have access to open data like a massive database, as well as additional computing power, in order to cope with the harsh world humans live in.

Many of today’s robots aren’t quite that smart. Fact of the matter, they’re rather dull. Even a chair or cup, nevermind a living, moving animal, can cause a predicament for a bot trying to figure out what’s going on around it. On Rapyuta however robots “can share information and learn from each other about their behavior and their environment.”

So, instead of assembling a robot with new algorithms, databases, information and so on, a manufacturer can tune in to Rapyuta and launch a robot that is already familiarized with the human world. As the market grows and more information is fed in by the robots themselves back into the system, Rapyuta will become only smarter and hopefully robots too.

Rapyuta is developed by the European RoboEarth Project.

“[T]he goal of RoboEarth is to allow robotic systems to benefit from the experience of other robots, paving the way for rapid advances in machine cognition and behavior, and ultimately, for more subtle and sophisticated human-machine interaction,” the RoboEarth Web site states.

The implications of Rapyuta means robots in the future will become a lot smarter, and of course cheaper. Today, all robots depend on their on-board memory for processing power. However, the cloud-based robot web also comes to aid in this respect, since it can offer computational power. For instance, say a robot needs to fold a piece of clothing – in the first place if it doesn’t know how to do this or doesn’t even know what a shirt or t-shirt is, it can quickly learn on Rapyuta; then, if it lacks the necessary computing power to perform the task, it can borrow, again, from Rapyuta. 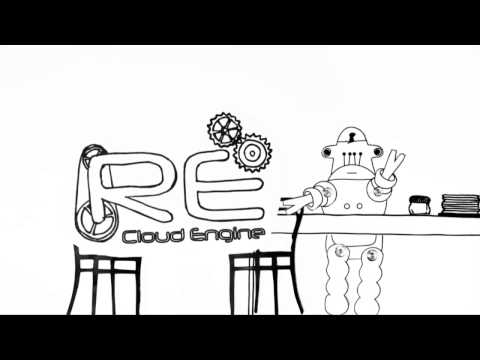 The system could be particularly useful for drones, self-driving cars or other mobile robots who have to do a lot of number crunching just to get round, said Mohanarajah Gajamohan, technical head of the project at the Swiss Federal Institute of Technology in Zurich.