by Tibi Puiu
in Animals, Inventions, Robotics, Studies
A A 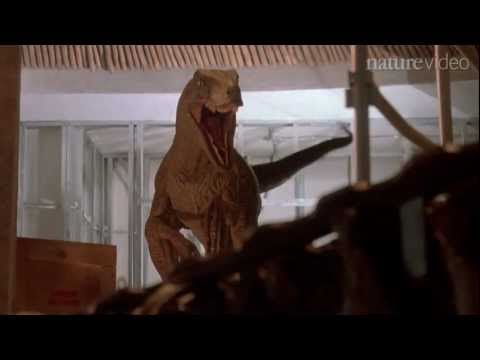 Researchers at Berkley University have developed an extraordinary robotic toy car called the “Tailbot”, equipped with a stabilizing tail, which is able to correct and adjust its position during mid-air leaps to land safely. The biologists and engineers involved in the study were inspired by lizards that swing their tails upward to prevent them from pitching head-over-heels into a rock.

From Jurassic Park to Lizards

The research initially sprung after studying a 40 year old hypothesis that that the two-legged theropod dinosaurs used their tails to stabilize during their long and high leaps, assisting them in hunting or running away from predators through various obstacles. When one of the researchers involved in the study noticed how a lizard recovered masterfully after a slip, it immediately became clear that the animal might become the perfect subject for testing the value of a tail.

Thus, the team of researchers lead by Professor Robert Full , used a red-headed African Agama lizard, which they coaxed into moving through a layout comprised of various degrees of traction, from slippery to easily-gripped. All of the lizard’s movement through the platform was documented with a high-speed camera which allowed the researchers to perceive even the slightest movements of the tail.

When the lizard reached the final stage of the platform, towards which it had to jump on a wall on top of which was a shelter, it slipped because of the low-traction, control surface. During the fall, the lizard began to spin out of control, however within an instant its tail counteracted the spin for it to land perfectly, limbs forward.

By studying the various angles and position of the lizard’s tail, the researchers managed to build an accurate mathematical model, which was incorporated in the Tailbot – a contraption that looks more like a toy car, but which is a lot more powerful than you might think.

“We showed for the first time that lizards swing their tail up or down to counteract the rotation of their body, keeping them stable,” says team leader Robert J. Full, professor of integrative biology, who reports findings in the journal Nature.

“Inspiration from lizard tails will likely lead to far more agile search-and-rescue robots, as well as ones having greater capability to more rapidly detect chemical, biological, or nuclear hazards.”

During a demonstration of the Tailbot with its tail feedback sensors turned off, it took a nose-dive for a head on, catastrophic collision. When the gyroscopically controlled tail was switched on and positioned for a nose-dive, it automatically righted itself in midair.

The Tailbot was developed by Thomas Libby and fellow mechanical engineering graduate student Evan Chang-Siu, who presented their paper last October’s meeting of the International Conference on Intelligent Robots and Systems, were they were one of five finalists there among more than 2,000 robot studies.

A robot that could save lives

Applications for the Tailbot could be numerous. Search and rescue bots that can easily move and leap through obstacles in a disaster zone might prove to be life saving. Robot design stuck within anthropomorphic design barriers will definitely be replaced by more suitable robots that can crawl, race and dangle in the future.

“This is very, very novel,” Murphy said, describing both the discovery that a tail is critical for next-generation robot design and in modeling nature to program how robots move.

And she expects the pace of research, particularly mimicking animal movement in robotics, will lead to an explosion of innovation in the coming decade. Just imagine having a robot that can effectively combine the mimicking of a gecko’s climbing toe hairs and its stabilizing tail.

“I think in 10 years when you turn on CNN and there’s a disaster, if you don’t see a robot in there you’ll be thinking, ‘What’s up with that?’ ” Murphy said. “They’re going to be so common.”