Energy drinks can cause alcohol dependence

by Mihai Andrei
in Health & Medicine, Studies
Reading Time: 3 mins read
A A
Share on FacebookShare on TwitterSubmit to Reddit

One of the “highlights” of being a student or a young employee is having to stay up at night and study and/or do a lot of work. When coffee alone just won’t cut it, many turn to energy drinks. However one of the most common practices regarding energy drinks is mixing them with alcoholic beverages. The problem is that the contents of energy drinks aren’t regulated, and since they’re highly caffeinated they can lead to numerous problems, in addition to losing sleep. 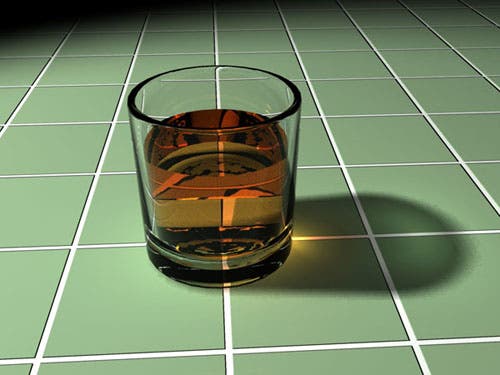 A recent research concluded that people who drink energy drinks often, like 52 times per year or more (once per week) are at a significantly greater risk of alcohol dependence and episodes of heavy drinking. The results will be published only in February 2011, in the issue of Alcoholism: Clinical & Experimental Research.

Amelia M. Arria, the lead author of the study, Director of the Center on Young Adult Health and Development at the University of Maryland School of Public Health, and a Senior Scientist at the Treatment Research Institute claims that this study will help combat alcoholic addiction (in some cases), as well as energy drinks addiction.

Here’s my personal take on it. The thing is, college students often consume energy drinks; which of course they have to buy first. And you never buy exactly what you need for the day, you always get a little more, to save for later. Which means you pretty much always have energy drinks at home, which temps you to have just a shot of energy whiskey, which of course leads to another shot, and so on. But mixing alcohol with caffeine doesn’t cancel or alter it’s effects, it just disguises them.

“Caffeine does not antagonize or cancel out the impairment associated with drunkenness—it merely disguises the more obvious markers of that impairment,” says Kathleen Miller, a research scientist from the Research Institute on Addictions at the University at Buffalo.

“Also needed is research that directly assesses students’ reported reasons for mixing alcohol and energy drinks. Anecdotal reports suggest that part of this phenomenon may be driven by the perpetuation of myths (e.g., mixing alcohol and caffeine reduces drunkenness, prevents hangovers, or fools a breathalyzer test) that could be debunked through further education.”, she adds.