Nowadays, people seem to be more and more stressed, even average people that at least apparently don’t take big gambles. Researchers have put a lot of time and money into the study of this problem, and came up with a whole lot of theories, but really, don’t let those fool you. Here’s the real deal, here’s why it was so easy in those days. 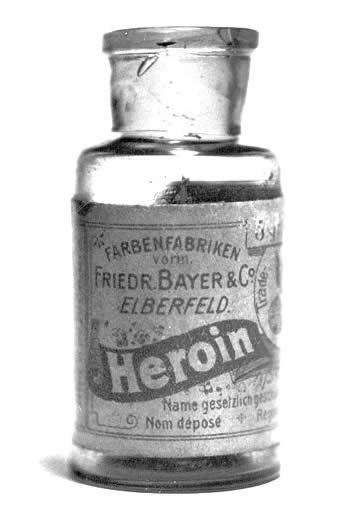 Yeah baby, between 1890 and 1910, heroin was sold as a ‘less addictive form of morphine’. At some point, it was even recommended to treat the usual cough, but only in children.
Diacetylmorphine was first synthesized by Alder Wright, who concluded it was even more addictive than opium, and abandoned research in this direction. However, the Bayer company concluded that it was very effective in treating moderate pains and dealing with diseases such as asthma or tuberculosis, so they branded it as Heroin. What’s interesting is that it was branded pretty much at the same time with acetylsalicylic acid, that became later known as aspirin. It’s hard to say which one of these had more success…

Boehringer & Soehne were located in Mannheim, Germany. Never heard of them?? Well, if they were doing today what they did about a century ago now, you’d definitely know about them, because they proudly advertised their products, claiming the make the best produts from cocaine and chinine. It wasn’t only the quality that made them so good, as their ads said: “Prices no higher than for any other brand”. You just don’t see that anymore, sadly.

Opium for newborns, and not only 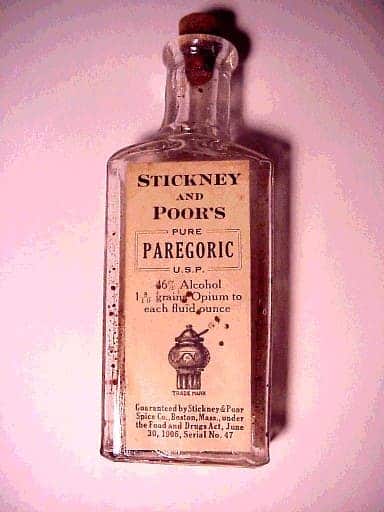 Stickney and Poor’s are known today mostly for spices, but back in the day, they also sold this syrup that helped babies sleep well; and if the opium inside wasn’t enough, then the 46% alcohol would definitely do the trick. 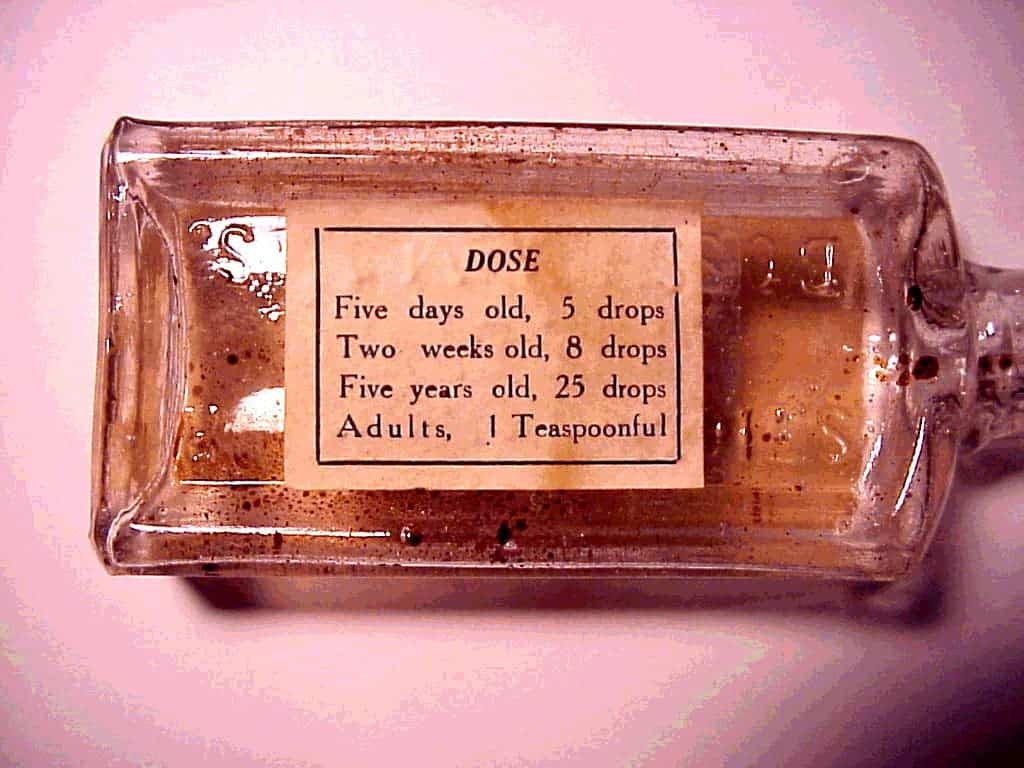 Believe it or not, wines with cocaine were by all standards not uncommon. Metcalf Coca Wine was one of the famous brands and everybody who drank it said it will make you happy, and was also good as a medicinal treatment. Maltine Coca Wine was also used a lot in the U.S., especially in New York, where it was made. It was recommended for health reasons – a glass after each meal, and for the children, just a half glass of course. 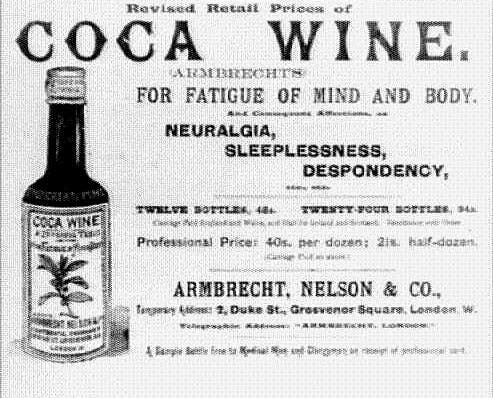 But without a doubt the most appreciated such wine was the Mariani Wine. It was so good, that pope Leo XIII never left the house without a bottle of it. He even awarded the producer with Vatican’s Gold Medal. 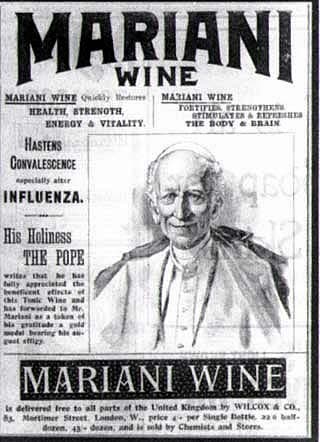 Benzedrine (racemic amphetamine) inhalers were available in the U.S. until the mid 50s, and they were so appreciated that even airlines gave them to passengers to treat discomfort when the plane was taking off and landing. It was also proclaimed that more than 10 million Benzedrine inhalers had been distributed in the first 7 years it was released, which means they sold even better than mister McDonald’s hamburgers. 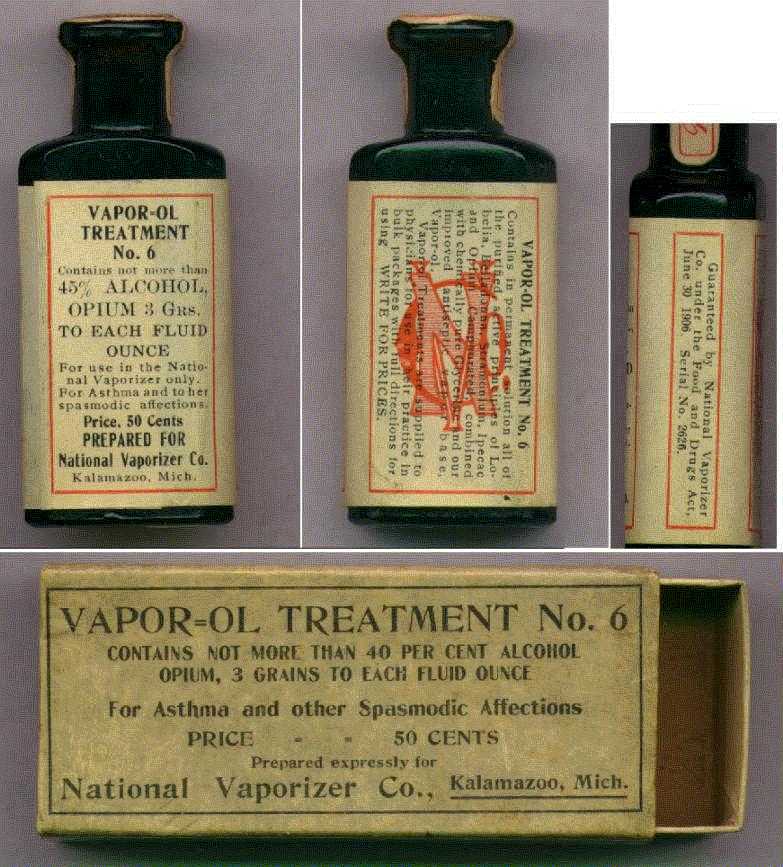 It’s not sure how good this treatment was, but at least, the National Vaporizer Vapor-OL (opium) Treatment no. 6 for asthma (as it was called) provided a unique way of smoking opium. You had a pretty volatile liquid that went in a sort of frying pan, heated by a small kerosen lamp placed under the pan. 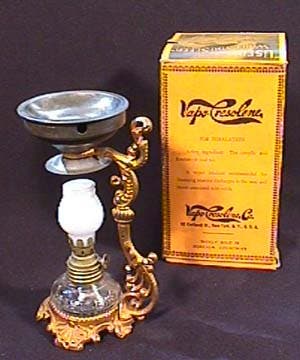 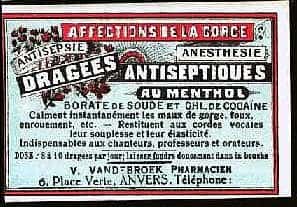 So yeah, everything seems to be good, at least if you go by the name, but these ‘dragees’ were basically Cocaine throat lozenges. Yeah, cocaine was not only fun, as with the wine but also useful. This Belgian product was “indispensable for singers, teachers, and orators”. Word. 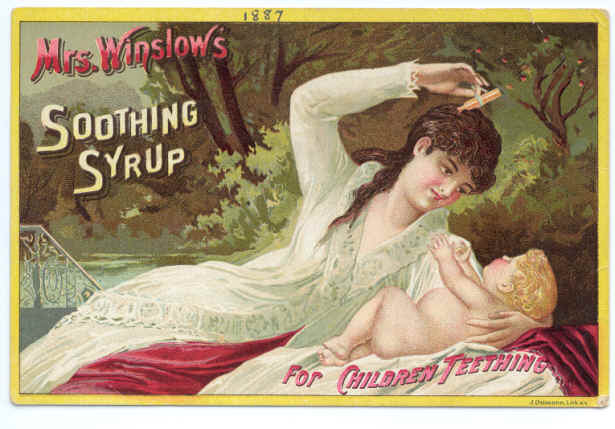 Of course, as a working mother, things are never easy. So when you get home, you want to get some peace and quiet, and that’s exactly what this soothing syrup was doing. Because no matter how noisy and restless a child is, 65 miligrams of morphine per fluid ounce does the trick.

Without a doubt, cocaine is our winner (perhaps there’s a lesson here, somewhere, I’m not sure). These cocaine toothache drops were absolute miracle drugs, and they cured aches almost instantly and they also came with a bonus: after taking them, children were always happier.

Tags: bayercocainedrugsopium
IN THESE TRYING TIMES
Accurate scientific information is more important than ever. We're here to help make sense of it all:
coronavirus and beyond.