Agression just as good as sex and drugs 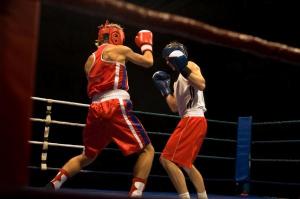 Whoa there! I mean sometimes just about everybody feels the need to be agressive but…. agression just as good as sex? That sounds a bit weird. But that’s just a way of thinking about things. The study is about the fact that the brain processes agression as a reward offering insights into our propensity to fight and our fascination with violent sports like boxing and american football.

“Aggression occurs among virtually all vertebrates and is necessary to get and keep important resources such as mates, territory and food,” Craig Kennedy, professor of special education and pediatrics, said. “We have found that the ‘reward pathway’ in the brain becomes engaged in response to an aggressive event and that dopamine is involved.”
“It is well known that dopamine is produced in response to rewarding stimuli such as food, sex and drugs of abuse,” Maria Couppis, who conducted the study as her doctoral thesis at Vanderbilt, said. “What we have now found is that it also serves as positive reinforcement for aggression.”

For the experiments they used two mice, a male and a female, which were kept in a cage while five “intruder” mice were kept in a separate cage. The female mouse was temporarily removed, and an intruder mouse was introduced in its place, triggering an aggressive response by the “home” male mouse. Aggressive behavior included tail rattle, an aggressive sideways stance, boxing and biting.

“We learned from these experiments that an individual will intentionally seek out an aggressive encounter solely because they experience a rewarding sensation from it,” Kennedy said. “This shows for the first time that aggression, on its own, is motivating, and that the well-known positive reinforcer dopamine plays a critical role.”

Well as rewarding as it apparently is, you’d best not make it a habit. Peace!