by Mara Bujor
in Discoveries, Research, Studies
Reading Time: 2 mins read
A A 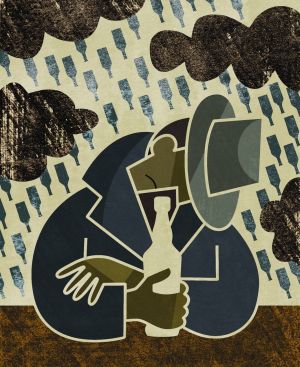 That advertising can make people buy more alcohol is mostly understandable as this is the main role of a commercial. However, what if simply seeing your favorite hero drinking a glass of fine whiskey could determine you to use your pocket money for the same purpose? And what if the very young are so influenced by seeing alcohol consumption on TV that they start doing the same very thing?

In order to see how manipulative both commercials and entertainment programmes concerning alcohol could be, Lesley Smith and David Foxcroft from Oxford Brookes University analysed information from 7 most important and well-documented studies, which involved 13.255 people, this being the first attempt at seeing just how much sporting events, games, movies and advertisements, in a nutshell the entire media, can determine viewers to increase their alcohol consumption.

According to these studies, the more you watch commercials or read magazine advertisements concerning this habit, the more you want to do it too. For each additional hour of watching TV every day the risk of starting to drink increases by 9% in the following 18 months. And when it comes to popular movies in which alcohol is presented as a highly pleasant activity the risk  especially for the young to try it too increases by 15% in the next 13 to 26 months. These percentages should definitely be taken into consideration especially because of the ones mostly affected by this phenomenon, people between 10 and 26 years old.

Now, as the results are quite worrying, the authors made some recommendations in order to counterfight the effects such as:

-limiting the availability to the young even more

Counter-advertising is believed to be the one of the most useful as exposure is one of the lead factors that could influence people into doing something or giving it up.