Ozzy Osborne’s genome reveals why he is still alive

by Mihai Andrei
in Genetics, Other
Reading Time: 4 mins read
A A
Share on FacebookShare on TwitterSubmit to Reddit 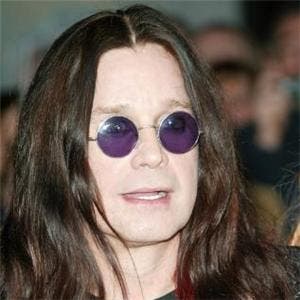 The lead singer, rock legend bat beheader has done pretty much anything you can do in this life. He played in front of thousands, ate/drank/smoked/injected pretty much everything that can be, had motorcycle accidents, never ate right, and yet, at the proud age of 61 he’s alive and kicking just as he ever was. Researchers wanted to find out why this is happening (not that anybody would have something against it), analyzed his genome and found some interesting mutations.

Ozzy Osborne joined DNA co-discoverer James Watson and Harvard University professor Henry Louis Gates in having his genome analyzed by Cofactor Genomics, a Saint Louis–based company and Knome, Inc. At first, he said he was a bit skeptical, but after a while thought he actually has something to give to science.

[read this in his voice]”I was curious,” he wrote in his column. “Given the swimming pools of booze I’ve guzzled over the years—not to mention all of the cocaine, morphine, sleeping pills, cough syrup, LSD, Rohypnol…you name it—there’s really no plausible medical reason why I should still be alive. Maybe my DNA could say why.”

It is in fact pretty curious how he managed to survive after such a lifestyle, and researchers were interested in finding out how he metabolized things, and how this was affected by his substance use; they also found some interesting mutations regarding the way the brain processes dopamine. Here are just a few questions Scientific American asked Jorge Conde, co-founder and chief executive as Knome:

Is Ozzy the first rock star to have his full genome sequenced?

Conde: Yes, as far as I know. I can definitely tell you he’s the first prince of darkness to have his genome sequenced and analyzed.

Can we see in his genome any traces of his legendary rock-and-roll lifestyle—or evidence of his body’s efforts to repair any damage?

Conde: We cannot find the “Ozzy Osbourne” gene. But what we did see, as one of our scientists refers to it, is a lot of interesting smoke—but not any specific fire. We found many variants—novel variants—in genes associated with addiction and metabolism that are interesting but not quite definitive.

So can his genomes tell us anything about his ability to survive so many years of hard partying?

Pearson: I talked with Ozzy, and we looked at the genome with an eye toward the nerves. If you think about what makes Ozzy unusual, it’s that he’s a world-class musician, he has an addictive personality, he has a tremor, he’s dyslexic, he gets up very early in the morning. And many of these can be traced back to the nervous system.

One variant involves a gene that makes CLTCL1, which is a really interesting protein. When a cell takes in things from the outside membrane, it pulls itself in like a basket to pull things in. It does this in all kinds of cells, including nerve cells. He has two copies of an unusual variant that makes a grossly different version of the protein than most people produce. Here’s a gene that’s central to how nerve cells communicate with each other, so it’s curious to us to see a grossly different protein variant. It’s thought provoking.

We didn’t find anything that can explain to you from point A to point B why Ozzy can think up good songs or why he is so addicted to cocaine, but we found some things that would be interesting to follow up on.

Pearson: Alcohol dehydrogenase genes. They’re involved in breaking down alcohol when you drink. Ozzy has an unusual variant near one of his alcohol dehydrogenase genes, ADH4, that help regulate how much of the protein gets made. Given his troubles with alcohol in the past, obviously we would like to clarify why his body responds differently than other people’s.

What can we learn from Ozzy’s genome?

Pearson: I think one lesson is understanding music. It’s a pretty interesting thing we do at humans—that some of us can synchronize to a beat, that we like to sing songs. But we don’t understand it well genetically, so one of the open questions is we’ll get a better understanding of what makes a good musician, what kinds of variants help us keep a beat, make a good tune. I think looking ahead, sequencing the genomes of more musicians would be a good idea.

If you could sequence any other celebrity genomes, whose would you choose?

Pearson: Ozzy suggested Keith Richards. Our partners who did the sequencing suggested we sequence Ozzie Smith, the baseball player, as a control. He’s always been a good teetotaler.