Yes ladies and gents, researchers have produced the whole genome sequence of the 3 billion “letters” (nucleotides) in the Neanderthalian genome, and the results are interesting to say the least. For starters, up to 2 percent of present day human DNA outside of Africa originated in Neanderthals; this result suggests that the Neanderthals, Homo neanderthalensis diverged from the same primate line that led to nowadays humans, homo sapiens. 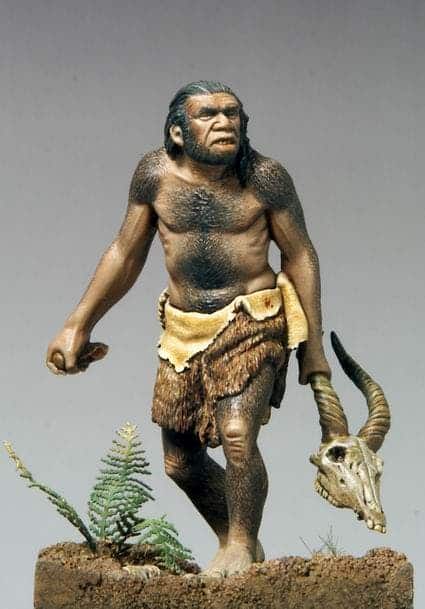 However, some 400.000 years ago, they migrated to northern Eurasia, where they became genetically isolated and evolved differently than the other human line. Approximately 30.000 years ago however, the Neanderthals dissappeared. Still, they are our closest relative, considering we share an ancestor from some 800.000 years ago. For example, the chimpanzees diverged from the same line 5-7 million years ago.

“This sequencing project is a technological tour de force,” said NHGRI Director Eric D. Green, M.D., Ph.D. “You must appreciate that this international team has produced a draft sequence of a genome that existed 400 centuries ago. Their analysis shows the power of comparative genomics and brings new insights to our understanding of human evolution.”

In order to achieve their goals, researchers analyzed DNA from three females that lived some 40.000 years ago (pretty close to the extinction date). This provided the first “genome-wide look” at the similarities and unsimilarities between humans and our “relative”. They results showed that Neanderthal DNA is 99.7% identical to our own, and 98.8% identical to that of the chimpanzee (the same number is correct for human-chimp DNA comparison).

“The genomic calculations showed good correlation with the fossil record,” said coauthor Jim Mullikin, Ph.D., an NHGRI computational geneticist and acting director of the NIH Intramural Sequencing Center. “According to our results, the ancestors of Neanderthals and modern humans went their separate ways about 400,000 years ago.”

“It was a very unique series of events, with a founding population of modern humans of greatly reduced size — tens to hundreds of individuals,” Dr. Mullikin said.

They know this because geneticists can detect if the population constricts, identifying several genetic markers that are ore cnocentrated.

At that time,” Dr. Mullikin continued, “where the population was greatly reduced, the modern humans migrating out of Africa encountered Neanderthals and inter-breeding occurred between the two groups, leaving an additional, but subtle, genetic signature in the out-of-Africa group of modern humans.”

As homo sapiens spread across Europe and not only, they carried with them Neanderthal DNA – and spread it. So it’s no surprise then that 2 percent of the genomes of present-day humans living from Europe to Asia was inherited from them. The team however, did not find those traces of DNA in people in Africa.

“The data suggests that the genes flowed from Neanderthal to modern humans,” Dr. Mullikin said. “That had to have occurred at least once during the 20,000 to 30,000 years, in which modern humans and Neanderthal both lived on the Eurasian continent.”

However, the team said they need more samples in order to improve and expand their results.

“These are preliminary data based on a very limited number of samples, so it is not clear how widely applicable these findings are to all populations,” said Vence L. Bonham, Jr., J.D., senior advisor to the NHGRI Director on Societal Implications of Genomics. “The findings do not change our basic understanding that humans originated in Africa and dispersed around the world in a migration out of that continent.”

UPDATE: Researchers at the Max Plank Institute in Leipzig, Germany have recently released (2013) a high-detail genome of a Neanderthal specimen for open access. This will hopefully advance our understanding of Neanderthals and how they relate to modern man.