Neanderthals were fearless and calculated hunters 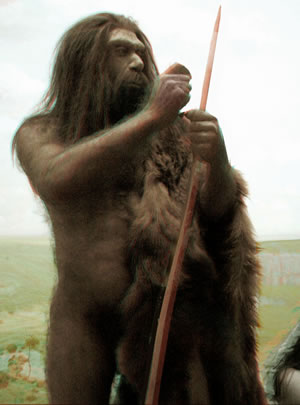 Even among some scientific circles, Neanderthals are considered to be the ‘stupid’ cousins of the modern humans (although some claim that’s the hobbit). However, new research shows they were able to hunt really large animals which required more than power to be taken down, pointing that neanderthals were far from stupid (as hobbits were too, according to some). A Dutch researcher, Gerrit Dusseldorp looked into their daily food habits to get more insight about their behaviour, and found it to be way more complex than previously believed.

The first studies that concluded neanderthals were scavengers were proven wrong fast, and we now know that they were hunters. What we didn’t know is that they were very good hunters, because their strategies and approaches remain a mystery.

The Netherlands team analyzed two archaeological sites and found that in warmer places they hunted solitary smaller animals, but in colder regions they went for the big thing, and they were not easily intimidated. Rhinoceroses, bisons and even bears were all on their menu.

They also performed (at a very basic level) a cost-benefit analysis, understanding that bigger prey means more calories and other bonuses too, such as fleece. The study also pointed out that their main competition for neanderthals were hyenas, because they have a similar dietary pattern.