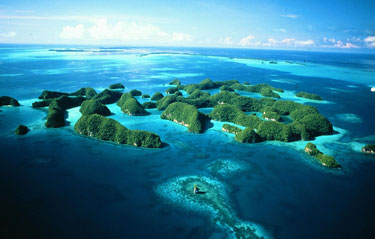 [digg-me] [reddit-me]After it was proved that Homo floresiensis (”Man of Flores”, nicknamed Hobbit) is a different species than humans, the tiny skeletons found in the caves of the Pacific islands of Palau let to the theory that similar remains found in Indonesia are a very unique species.

The Palau skeletons which are from 900 and 2800 years old seem to have belonged to the “insular dwarfs”, as they have been named. Scientists believe that they have grown smaller due to the life on the island. They claim that these findings could prove that a similar thing happened in Indonesia, where the small skeletons aging from 15,000 to 18,000 were found, intriguing scientists ever since when they were found, in 2004.

Still, there are groups that claim Homo floresiensis is not a different species, but that it evolved this way due to nutritional deficiencies, genetic defects or something similar. The thing is that the Palau dwarfs (let’s call them this way) share traits from both H. sapiens and H. floresiensis, which complicates things even more. Professor Lee Berger of the University of the Witwatersrand in Johannesburg, South Africa, says neither he nor his colleagues can explain this.

“These rock islands contain numerous caves and rock shelters, and many of these sites contain abundant fossilised or subfossilised human remains,” they write in their report.
“At least 10 burial caves have been discovered in the rock islands, and excavations at one of them (Chelechol ra Orrak) has produced the skeletal remains of at least 25 individuals,” they add.