by Mihai Andrei
in Anthropology, Studies
Reading Time: 3 mins read
A A
Share on FacebookShare on TwitterSubmit to Reddit

Humanity’s right handedness began at least 500.000 years ago, according to a new study conducted by University of Kansas researchers. The right handed trait is believed to actually be a “side effects” of the development of language.

“We are right-handed because the left side of the brain controls the right side of the body, and the left side of brain is where language is processed,” study researcher David Frayer, of the University of Kansas, told LiveScience. “This is important because it tells us that they were brain lateralized just like we are, and they probably had a language capacity.” 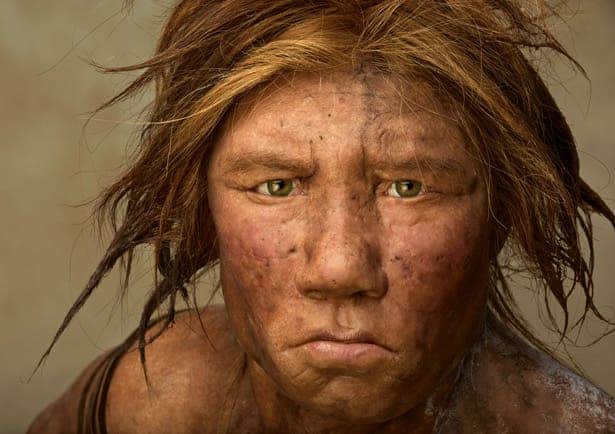 Previous studies have shown that people were right handed long back, relying on cave art and bones, but this kind of research has always been controversial and was never going to be enough to convince the scientific world. So this time, scientists turned to the most unlikely place to find evidence of right handed humans: front teeth. Scratch marks on the front teeth hold valuable clues, because when processing animal hides, ancient Homo Sapiens would stretch the hide by holding one side with one of their hands and the other in their mouth.

“All you need to have is a single tooth and you can tell, if our assumptions are right, if the individual is right- or left-handed,” Frayer told LiveScience. “The fossils are just like humans in that we are mostly right-handed and so were they.”

Basically, they were looking for wear and tear signs of injury, knowing that right handed scratches would go from the upper left to the lower right, and left handed scratches would be the other way around. The research team analyzed teeth from Neanderthals and their ancestors, and found that there was always a dominant pattern that indicates ancient humans were in fact right handed.

No other animal aside from humans shows any signs whatsoever of a left or right handed bias; the most researchers have seen is a 5 percent shift toward the right in chimps and gorillas, but that evidence is unconclusive at best. Another trait that is only present in our species is language. No one knows exactly when Homo Sapiens developed language, but it is believed that this had a lot in common with a process called brain lateralization, the process which is also responsible for being mostly right handed.

“This finding has important implications for the never-ending debates about the cognitive abilities of Neanderthals,” said Dean Falk, a researcher at the School for Advanced Research in Santa Fe, who wasn’t involved in the study. She told LiveScience in an email that the “findings convincingly demonstrate that language probably existed by at least half a million years ago.”