by Tibi Puiu
in News, Psychology, Research, Studies
A A 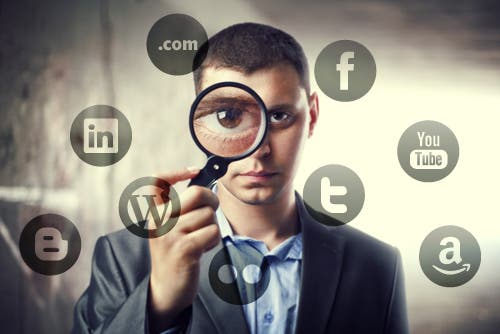 Who would have thought snooping into people’s private lives pisses them off? A new study by North Carolina State University researchers found that  job candidates who found out their social media profiles were being peered through by employers  were less likely to view the hiring process as fair. In consequence, these people are less likely to accept a position when being offered and are more likely to quite if they’re already employed. In the case of hard to come by talent, the researchers note, the decision to spy on potential employees becomes painfully backfiring.

The researchers performed two experiments to test what kind of behavioral effect corporate spying had on people. In the first of the two, 175 college students applied for what they thought was a temporary research assistant position. Post interview, two weeks later, half of them were informed that their social media profiles had been screened as part of the process, while the other half didn’t receive any kind of notice. The group that was informed of the social screening was more likely to consider the selection process unfair than the group that had been kept in the dark. The findings are consisted with previous studies which found that when potential employees feel they have been treated unfairly they are less likely to accept a job offer, and may be more likely to quit if they have already started employment.

“The screening and selection process is the first interaction between the applicant and the company,” says  Will Stoughton, a doctoral student in industrial psychology and lead author of the paper. “Applicants may interpret poor treatment, such as screening via social media, as an indication of how they would be treated on the job.”

“It’s a particular concern in terms of thinking about the reputation of the company and what they are communicating to future employees,” agrees Kristl Davison, an organizational psychologist at the University of Mississippi School of Business Administration. “I think it could certainly lead to higher turnover in the long run.”

In the second part, 208 U.S. adults were recruited for the experiment using an online survey tool and asked them to imagine they were applying for a job. Participants were given a hypothetical description of the hiring practices at a fictional company and were separated into three groups. One group was told that their Facebook profiles were screened and they had received a job offer, another was told that their profiles were screened and they had not received a job offer; the a control group did not receive information on the company’s social media policy.

As in the first experiment, the group that was told their Facebook was being screened for “professionalism” expressed hostility to the practice, regardless if they had been offered the job or not. They were also more inclined to sue for unjust practices.

Careful with that duck face

The findings, reported in the Journal of Business and Psychology should definitely be kept in mind by HR professionals and industry leaders alike. You might be surprised to learn that in 2013, almost half of all companies admitted to screening social media profiles during their hiring process, according to a survey by the London-based Institute for Employment Studies.  Things get even more depressing when you consider half of employers report the biggest factor that keeps them from hiring a person is the presence of provocative photos on the candidate’s social media profile. This is more likely to affect women, more than men, according to the 2009 survey made by CareerBuilder.

Clearly, if you’ve been on the web for a while, you should know by now that you leave a traceable mark – one that is difficult to erase. Every public activity you make on the web under your real name, like leaving comments, siding with a political view, uploading photos on facebook etc ; these all can be potentially viewed by anyone, if this information is public. Even so, it’s disheartening to learn that companies – who should know better, really – are screening people’s lives without their consent.